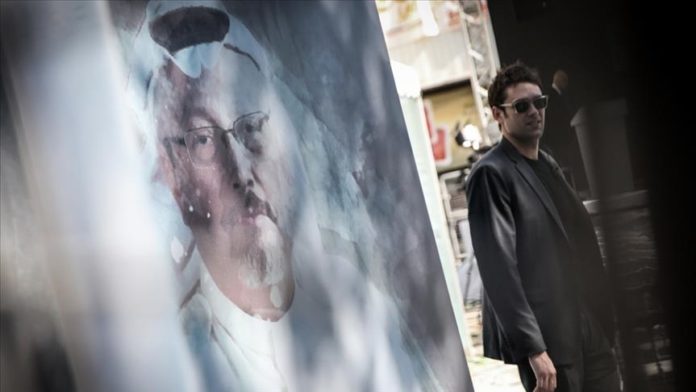 The opposition National Assembly Party (NAAS) spokesperson Madawi al-Rasheed said at an online news conference that those responsible for the murder should be brought to justice to prevent such crimes from happening again.

“We are against any sanctions that may affect or jeopardize the interests of the people of Saudi Arabia, and we think targeted sanctions against individuals involved in human rights violations is important,” the group said.

“Mohammed Bin Salman is an unelected leader whose criminal, unlawful actions, along with the group of officials who carry these actions, are condemned by the people of Saudi Arabia and do not represent the public values. Therefore, any sanctions taken against him or those involved in this heinous crime should not be directed against the economic or political interests of the country’s citizens, whether in Saudi Arabia or abroad,” the group said while stressing that it is opposed to any sanctions that will “jeopardize the interests of the people of Saudi Arabia,”

Punishment should be enforced, according to NAAS, as laid out by UN Special Rapporteur on extrajudicial, summary or arbitrary executions, Agnes Callamard, who investigated the murder in 2019.

They include an FBI investigation into the murder, appropriate US prosecutions, a determination of the responsibility of the Crown Prince and US congressional hearings to “determine the responsibility of high-level officials of Saudi Arabia or of other countries, and demanding access to the underlying classified materials.”

The activists encouraged the US to work with Saudi institutions “towards respect for human rights, freedom of expression, rule of law, and a path for democratic transition.”

“The sham trial held in Saudi Arabia against a handful of officials involved did not achieve any justice and the investigation did not come near the masterminds,” it said.

“Under Mohammed bIn Salman’s obsession with centralizing power and silencing critics, by the most vicious means, there are no real institutional reforms or independence to protect against his whims, whether in Saudi Arabia or abroad.

“The killing of Khashoggi would never have happened in a country protected by independent institutions, free from political manipulation and monitored by the public.”

NAAS was formed by Saudi activists in exile last year as a political party “calling for democracy and respect for human rights in the kingdom, a move that brings advocates together amid an intensifying crackdown on dissent.”