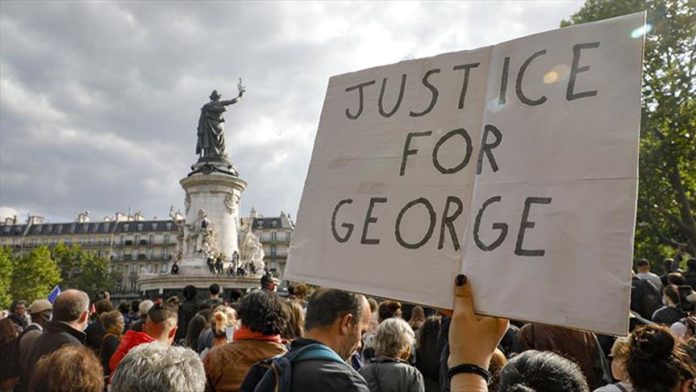 Demonstrations once again defined the weekend in Paris and France’s other major cities in the struggle for racial equality and decrease in police brutality.

Place de la Republique was the site of Saturday’s protest that brought hundreds of demonstrators together. Signs held read, “Black Lives Matter” and “If you’re not angry, you’re not listening.”

The demonstration highlighted the global outpouring of rage surrounding the death of George Floyd, an unarmed black man who died on May 25 after asphyxiation by a white police officer in the US, as well as the death of Adama Traore, a 24-year-old French man who died in police custody in 2016, some saying wrongfully.

Saturday’s march was organized by the Adama Traore committee. Demonstrations were also held in Nantes, Bordeaux, Lyon, Montpellier, Marseille, and Strasbourg, among other cities.

Police brutality has been an ongoing issue in the capital as well as in other hotspots in France. June has seen marches and demonstrations worldwide — almost daily in the US — as minority groups and all those in solidarity have called for an end to the persistent abuse and violence on the part of law enforcement.

But the police have objected to the outcry against their use of force, and pushed back with their own demonstrations on Thursday in front of the Elysee and on Friday at the Arc de Triomphe and along the Champs Elysee.

Groups of law enforcement also demonstrated in other major cities in France, tossing handcuffs on the ground in a symbolic gesture of great difference with the message that there is overt racism in the force.

Their particular objection came against Interior Minister Christophe Castaner, who in a Monday new conference declared a ban on the chokehold used by police as well as other restrictions on excessive force.

The minister’s comments drew fury on the part of the police collectively, thus causing protests, with some even calling for Castaner’s resignation.

Castaner met with police unions on both Thursday and Friday to quell the unrest.