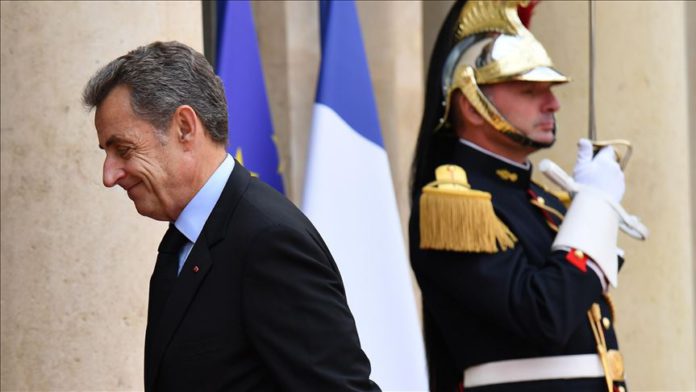 Former French President Nicolas Sarkozy appeared again before the Paris Court of Appeals on Tuesday over allegations he received substantial financing for his 2007 presidential campaign from ex-Libyan President Muammar Gaddafi.

Sarkozy defended himself against multiple charges including active and passive corruption, concealment of embezzlement of public funds, influence peddling, illegal financing of the campaign and misuse of company assets, according to the French investigative journal Mediapart. He is said to have received a total of €50 million (US$58.6 million) in support in his run-up for the presidency of France.

Denouncing the investigation as a conspiracy, Sarkozy has said he is completely innocent.

On Sept. 24, the Paris Court of Appeals ruled on the case and validated the claims, moving the proceedings forward. The former president then appealed on Sept. 28, attempting to block the inquiries against him. The court threw out his appeal.

Sarkozy had not been heard by the court since June 2019, but the investigation into his alleged entanglement with Gaddafi began after allegations of Sarkozy’s receipt of funds were published by Mediapart in 2012. The investigative outlet released a document claiming that Sarkozy had been heavily financed by the Libyan president.

Nine separate legal inquiries have been conducted into the Sarkozy matter, including his detention and questioning in March 2017 and again in March 2018. His trial has been spurred on with the questioning of Ziad Takieddine, a French-Lebanese arms dealer who is said to have delivered two suitcases stuffed with millions to Sarkozy, and his chief of staff Claude Gueant over the end of 2006 and start of 2007.

Known as a combative and totalitarian leader, Gaddafi lorded over a regime that regularly propped up foreign aggressors, suppressed dissent and engaged in widespread corruption. He ruled Libya in two political factions from 1969 to 2011.

The dictator’s reign was brought to a disastrous end in 2011 after the Arab Spring, when protests that had spread across the Arab world took hold in Libya, reaching a zenith there in a civil war on Feb. 17, 2011.

Gaddafi’s desire to maintain control through repeated attacks on civilians and brute military force resulted equally in UN Security Council resolutions 14 days later that sought to quash the president’s increasing militarization. After months of bombing, NATO intervention ensued with Gaddafi’s capture and killing on Oct. 20 in the town of Sirte.

The checkered relationship however between Sarkozy and Gaddafi — and the undoing of the Libyan leader — has roots in a trio of domestic, international and personal motivations for the French leader. When Sarkozy was still interior minister in 2006, he had eagerly developed his relationship with Gaddafi starting with the Libyan leader’s purchase that year of a surveillance system from French company i2e.

The following year, Gaddafi made overtures to purchase 14 Rafale fighter jets from French-based Dassault Aviation — an important sale for Sarkozy but one which failed to come to fruition.

In mid-2010 with a faded arms deal behind him and the Arab Spring igniting a few months later, Sarkozy had soured on his cozy relationship with the Libyan dictator. As the latter began to self-destruct and Sarkozy held back from involvement in the growing tensions in the Arab world, due to close relations with Tunisia, a reckoning with Gaddafi seemed imminent.

Doing so, Sarkozy knew, would bolster his image as well. As military intervention became apparent in mid-2011, the French president joined the chorus of those seeking Gaddafi’s demise.

The backstory, however, is still in need of clarification.

A dearth of actual evidence has yet to surface, but suspicious financial transactions along with testimonies from Libyan officials — including one of Gaddafi’s sons — and secret service memos have been presented along the way.

Turkey: 1,300+ terrorists neutralized in past 10 months