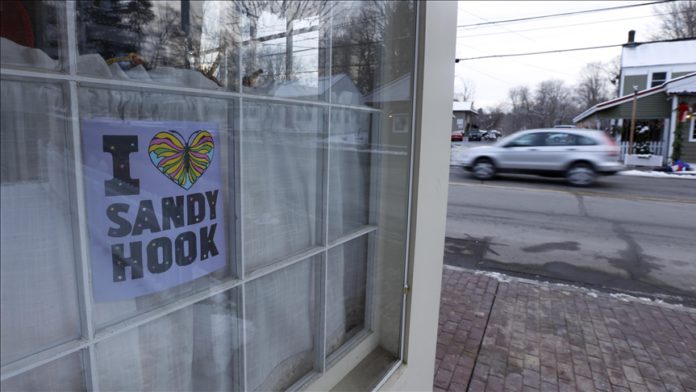 The families of five children and four adults murdered in the 2012 Sandy Hook Elementary School massacre in Newtown, Connecticut received a $73 million settlement Tuesday from the now-bankrupt gun manufacturer Remington.

“Today is a day of accountability for an industry that has thus far enjoyed operating with immunity and impunity,” said Veronique De La Rosa at a news conference.

De La Rosa’s 6-year-old son, Noah, was killed on Dec. 14, 2012 when 20-year-old Adam Lanza went on a shooting spree at Sandy Hook, killing 20 children and six adults before killing himself.

“Every day is a realization that he should be here, yet he’s not,” said De La Rosa.

The multi-million dollar settlement comes nearly seven years after the families filed a wrongful death lawsuit against Remington, which manufactured the Bushmaster AR-15-style rifle used in the massacre.

“The immunity protecting the gun industry is not bulletproof,” said Josh Koskoff, the families’ attorney. “We hope the gun industry takes this under advisement. We hope they realize that they have skin into the game, instead of blaming literally everybody else.”

“Nothing will bring Dylan back,” said Nicole Hockley, whose 6-year-old son was also murdered that day.

Hockley says the settlement should put gun manufacturers – as well as insurance carriers and the banking institutions associated with them – on notice that weapons like the one made by Remington should not be marketed.

“The Sandy Hook shooter chose the AR-15 for his massacre because of its ability to inflict the most lethal damage in the shortest amount of time,” said Hockley. “It’s not a useful weapon for hunting or for self-defense. It was designed to kill, quickly and efficiently.”

“The Sandy Hook shooter helped fulfill that purpose, shooting 154 bullets in less than five minutes and killing 26 innocent people, including my 6-year-old son,” she continued.

The families emphasized that the goal of this lawsuit was not to eliminate guns, but rather to make sure the gun industry markets and manufactures weapons to be used safely and responsibly.

Their attorney said the case was never about compensation but about forcing change, “to do whatever they can to help prevent the next Sandy Hook.”

“These families, they would pay everything. They’d give it all back just for one minute. That would be true justice.”