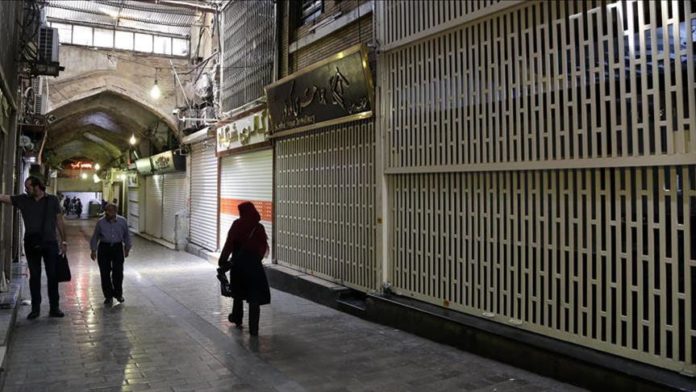 A reformist Iranian lawmaker has stirred up a hornet’s nest by saying that Syria must reimburse Tehran for the whopping 20-30 billion dollars Iran has spent in the war-ravaged country.

In a video interview with Etemad Online, the web portal of the reformist Etemad newspaper, Heshmatollah Falahatpisheh said the money spent in Syria had come from public coffers and has to be refunded.

But the former chairman of the Iranian Parliament’s National Security and Foreign Policy Commission did not divulge details about such large-scale spending in Syria.

He also did not specify the manner in which the money has to be paid back to Iran, triggering intense speculation among the intelligentsia and political circles of Iran.

In the interview, published Tuesday, the outgoing lawmaker was listing his accomplishments as a parliamentarian and the former foreign policy commission chair when he said he stands by the remarks he made during a trip to Syria in 2018 that Damascus needs to reimburse the money to Iran.

“I reiterate that we may have given Syria 20 to 30 billion dollars, and we must take it back. The money of this nation has been spent there,” Falahatpisheh said.

His remarks come as the Iranian economy is under siege from harsh US sanctions that were re-imposed by the Trump administration following its withdrawal from the Iran nuclear deal in February 2018.

Falahatpisheh is not the first official to make such a demand. In February 2018, Maj. Gen. Yahya Rahim Safavi, a top military advisor to Iran’s Supreme Leader Ayatollah Khamenei, had said that Iran will recover the costs of its investments in Syria through long-term economic agreements.

Over the years of civil war in Syria, Iran has been supporting militias and groups fighting for Assad including Lebanon’s Hezbollah, Iraq’s Popular Mobilization Forces (PMU) and Afghanistan’s Fatemiyoun Brigade.

While opposition groups in Syria have accused Iran-backed militias of committing war crimes and crimes against humanity in the country, Tehran says its intervention was to “prevent militant groups like Daesh/ISIS and al-Qaeda from gaining a foothold in the country.”

The Iranian lawmaker’s remarks have revived a debate over the amount of money spent by Iran in the country over the years, which has been a subject of speculation in Iran.

Hamidreza Azizi, a foreign affairs analyst who focuses on Iran’s involvement in Syria, told Anadolu Agency there is a general belief that it could be much higher than the estimates.

Azizi said it could be mere “speculation” too.

Rohullah Khoshbakht, a university researcher and political observer based in Tehran, said the money spent in Syria must be reimbursed in some fashion.

“I cannot confirm or deny what the Iranian lawmaker has said, but I agree that the money has to be paid back in one form or another,” he told Anadolu Agency. “It belongs to the people of Iran.”

The issue of post-war economic benefits led to discussions recently when reports suggested that a close relative of Assad, a Syrian billionaire, had profited from the war and fallen out with Assad.

According to sources in the government, contrary to rumors, there is no timeline for the withdrawal from Syria, which will only be determined by the evolving situation.

Falahatpisheh, who was once labeled a conservative politician, has in recent years become a prominent reformist figure, especially after becoming chairman of the Iranian Parliament’s National Security and Foreign Policy Commission in 2018 with the backing of the reformist lobby.

After ended the 14-year stint of Alaeddin Boroujerdi, a conservative politician who held the commission chair since 2005, Falahatpisheh’s chairmanship was short-lived.
He occupied the chair until June 23, 2019, when he was replaced by conservative lawmaker Mojtaba Zonnour as relations with the US worsened.

According to observers, Falahatpisheh’s stance on key foreign policy issues, especially pertaining to Syria and Assad, was in sharp contrast to his predecessor.

Falahatpisheh, unlike Boroujerdi, had in the past criticized Assad’s policies. He was once quoted as saying by the Iranian media that the Iranian youth had been “losing their lives while defending the territorial integrity of Syria” even as Assad’s “passive stance” continued.

However, as the chairman of Parliament’s foreign policy commission, Falahatpisheh led a parliamentary delegation to Damascus in January 2019 to discuss “parliamentary ties” with Syrian officials.

During the visit, Falahatpisheh held direct talks with Assad. He also represented Iran at a tripartite meeting held in Moscow with his Russian and Turkish counterparts to discuss the Syrian conflict, which was held in line with the 2017 Astana talks.

However, soon after losing his position as chair of the foreign policy commission, Falahatpisheh landed in a controversy after being investigated by a parliamentary body over his remarks on Iran-US relations, which allegedly contradicted with Iran’s official policy of non-negotiation with the US, said officials.

Azizi says his remarks on Iran’s huge spending in Syria might be an attempt to fire a salvo at conservatives.

“He is a reformist MP who is in his final days in the parliament,” Azizi told Anadolu Agency. “He may have just tried to strike a blow to hardliners by providing a huge but vague figure [of Iran’s spending in the Syria war].”

The polarization between conservative and reformist camps in Iran took a new turn following the killing of IRGC Quds Force commander Qassem Soleimani in a US drone strike in early January.

Riding on the anti-American wave in the country, conservatives upped the ante and used it to their advantage leading up to the parliamentary polls in February.

Experts feel that in the next year’s presidential elections, reformists, who are presently in power in Tehran, will face a daunting challenge from conservatives.