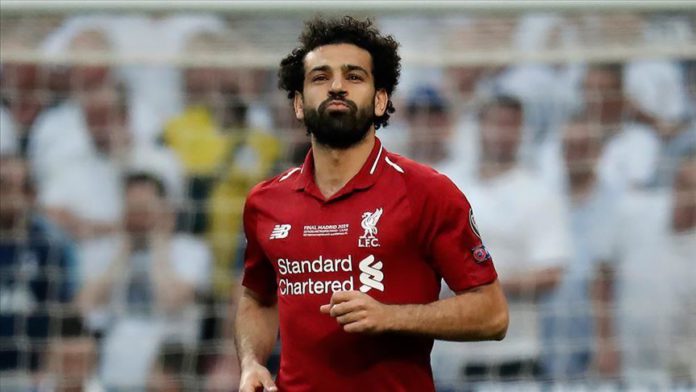 Salah scored his 100th goal for Liverpool in Saturday’s Merseyside derby as the Reds had the 2-2 draw at the Goodison Park.

Playing in the right flank, Salah, 28, has become a Liverpool player in 2017 as he was signed from Italy’s Roma.

In his three-year-spell, Salah had 159 appearances for Liverpool.

The Egypt star produced 79 Premier League goals for Liverpool since 2017.

Salah racked up 20 goals for his team in the UEFA Champions League.

Having 100 goals for Liverpool, Salah equaled with a Liverpool legend Kevin Keegan.

The Egyptian international became the 17th Liverpool player to score at least 100 goals for the Reds and has a long way for the 200-goal club.

Liddell, who died in 2001, was a true Liverpool veteran, dedicating his entire career for this club.

But Salah should skip many Liverpool legends to rise in the top scorers’ list.

Mane has 85 goals to challenge Salah

Liverpool’s Senegalese star Sadio Mane is currently the only active player, who may challenge Salah in the Reds’ top-scoring list.

But first, he should score 15 more goals to be in the 100-goal club of Liverpool.

A former Southampton forward, Mane has been playing for Liverpool since 2016 and has a contract until 2023.