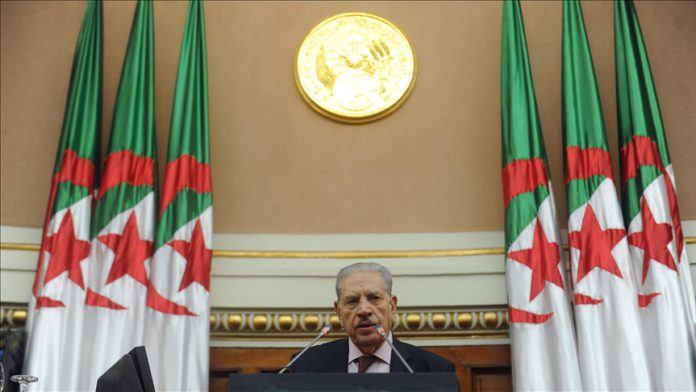 Members of Algeria’s Council of the Nation on Wednesday elected Salah Goudjil as speaker of the upper house of parliament.

Goudjil, a 90-year-old veteran of Algeria’s struggle for independence, replaces Abdelkader Bensalah, who became an interim president in April 2019 after the resignation of President Abdelaziz Bouteflika following mass protests against his 20-year rule.

Last week, Algerian President Abdelmadjid Tebboune dissolved the National People’s Assembly, the lower house of parliament, and called the early parliamentary election in an attempt to calm down protests in the country.

Goudjil was elected to the post by 126 MPs, against one abstention.

The Council of the Nation was established in 1996 after a constitutional amendment. Though it boasts limited legislative powers, its speaker is the second most powerful leader in the country who deputizes the president in the event the president resigns, becomes sick, or dies.

“I have always been seeking to uphold democracy,” Goudjil said in a speech after his election. The speaker added he will steer the assembly towards “the reform path” launched by president Tebboune.

Goudjil had previously headed the transport ministry and was a member of the assembly since 2013.

Tebboune was elected Algeria’s president on Dec. 19, 2019, after Bouteflika resigned on April 2 of the same year.

*Ibrahim Mukhtar in Ankara contributed to this report.