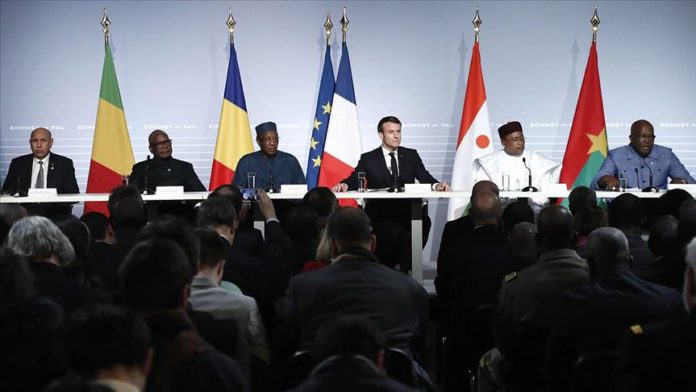 More than 60 countries and international organizations have reaffirmed their commitment to fighting terrorism in Africa’s Sahel region, which has seen ”extreme violence” in 2020.

The pledge was announced on June 12 during the first ministerial meeting of the International Coalition for the Sahel held via a videoconference.

”This first meeting of the Coalition, in response to the call from the G5 Sahel countries, brought together around 60 representatives of States and international institutions,” said a statement released after meeting.

The Sahel coalition was announced at a summit in Pau, France on Jan. 13, 2020 by the heads of state of France, Burkina Faso, Mali, Mauritania, Niger and Chad, the Secretary-General of the United Nations, the President of the European Council and the High Representative of the European Union, the President of the African Union Commission and the Secretary-General of La Francophonie.

The coalition brings together the G5 Sahel states and their partners around four pillars aimed at fighting terrorism in the region.

Some of the leading officials who attended the June 12 videoconference include Mauritanian Minister of Foreign Affairs Ismail Ould Cheikh Ahmed for the sitting Presidency of the G5 Sahel, EU High Representative for Foreign Affairs and Security Policy and Vice-President of the European Commission Josep Borrell Fontelles, and French Minister for Europe and Foreign Affairs Jean-Yves Le Drian.

”The participants affirmed their commitment to support the action of the G5 Sahel. Their contribution will be made within the four pillars of the Coalition: counter-terrorism, building the military capabilities of G5 Sahel States, supporting the return of the State and administrations to the territory, and development assistance,” the statement said.

Freddie David Egesa, a security analyst based in Kampala, Uganda, told Anadolu Agency that to see success, the coalition has to understand the root of the problem of the Sahel communities.

”And as far as I am concerned, their problem is denied governance and management of the Sahel population by their governments,” he said.

“The coalition should prevail on all the governments and even lobby for international sanctions on non-compliant countries so that the funds and the technical advice meet structures of administration on the ground.”

Egesa said the coalition is a good sign of trying to bury differences in pursuance of a common humanitarian and security goal.

The G5 Sahel or G5S is an institutional framework for the coordination of regional cooperation in development policies and security matters in West Africa.

It was formed on Feb. 16, 2014, in Nouakchott, Mauritania at a summit of five Sahel countries: Burkina Faso, Chad, Mali, Mauritania, and Niger.

Egesa said several other coalitions or interventions have provided money for the region ”but lacked a researched approach because they don’t feel the problem directly, which has put the well-intentioned funds in the wrong hands and made the situation worse.”

Last month, the UN said prolonged crises and widespread violence in Nigeria’s Lake Chad region and Sahel Africa could fuel a humanitarian challenge for 24 million people, with half of them children.

But the International Sahel coalition will focus on G5 Sahel or G5S countries that include Burkina Faso, Chad, Mali, Mauritania, and Niger.

Why is France in the Sahel?

France is in the Sahel “for two simple reasons. The first, as has been repeatedly mentioned, is the fight against terrorism. We are in the Sahel at war with armed terrorist groups which strike friendly populations, are raging in the region, join this international movement and cling to Al-Qaeda, to the Islamic State that we are also fighting in the Middle East because we know it’s a threat that never stays local,” French President Emmanuel Macron said following the Pau summit on Jan. 13.

”It is the choice, the decision, the request of the sovereign states to preserve their sovereignty to call upon friends, with allies to fight precisely these armed terrorist groups which are today a proven threat to the sovereignty of each of the states where they operate,” Macron added.

Burkina Faso President Roch Marc Christian Kabore said it is ”an emergency on which we are all committed to ensuring that the results, at least in the military field, are rapid so that the other aspects can be implemented quickly.”

”This is why we have agreed, as the president [Macron] pointed out, to discuss the system again and to define pillars on which we will base future actions,” he said.

”Europe and main countries like France are feeling the results of the problems…because of the immigration influx, which is very expensive on their country,” Egesa said.

Earlier this year, the UN High Commission for Refugees said it was stepping up its response to escalating violence and displacement in the Sahel region.

“The emergency is here, in the Sahel, where people are suffering, are being killed, women are being raped, children cannot go to school,” said UN High Commissioner for Refugees Filippo Grandi after visiting some Sahel countries in February.

“The Sahel is the place where we must intervene before this crisis becomes unmanageable,” Grandi added.

The Sahel is also affected by a crisis in the neighboring Lake Chad region, where an estimated 2.8 million people are living in displacement and where there is a similar need to ensure humanitarian access and protection of those forced to flee.

It is critical to avoid the risk of destabilization of the broader West Africa region as insecurity spreads further, according to the UN Refugee Agency.

Al-Qaeda in the Islamic Maghreb (AQIM), Daesh/ISIS and Boko Haram insurgent groups are active in the Sahel region and West Africa in general.

*James Tasamba from Kigali, Rwanda contributed to this report