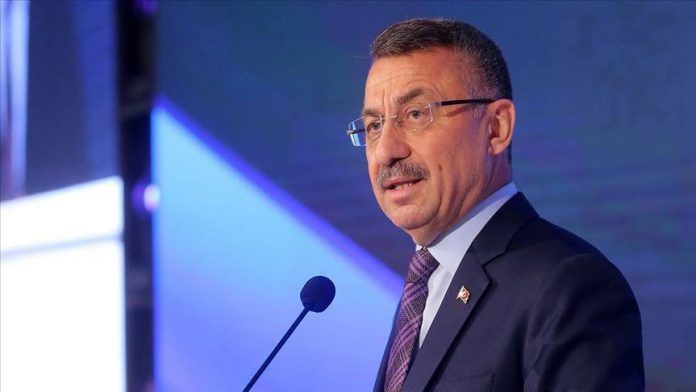 As the wave of Syrian migrants to Turkey has grown amid turmoil in the region, establishing a safe zone is key, Turkey’s vice president said Friday.

“To prevent a migration wave, a safe zone over there is important,” said Fuat Oktay.

“We consistently want a land in their own territory where Syrians living in Turkey can return to and those who were displaced in Syria can go.”

Oktay spoke after Friday prayers in Istanbul, to the public about how as a neighbor country, Turkey is working to find a solution for the problems in Syria with the work of