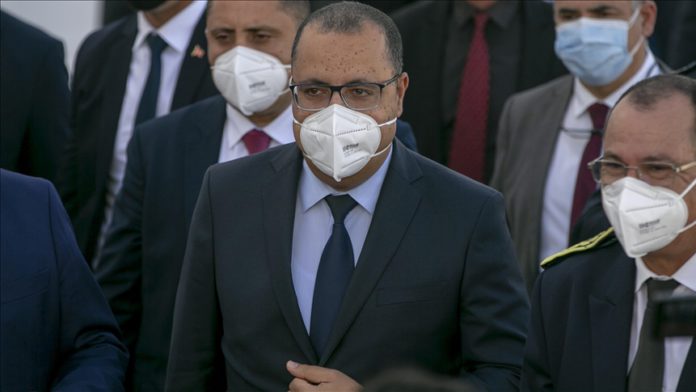 Tunisia’s former prime minister submitted a declaration of his assets on Thursday to the country’s anti-corruption authority.

The move came according to a statement published on the website of the National Anti-Corruption Authority with a picture showing Hichem Mechichi at the agency’s headquarters.

It was the first appearance of the former premier since his dismissal nearly two weeks ago amid reports that he was under house arrest.

The agency said the procedure “falls within the requirements of Law No. 46 of 2018 related to declaring gains and interests and combating illicit enrichment and conflict of interests, following the end of his duties.”

The National Authority for the Prevention of Torture, an independent constitutional body, on Wednesday urged “whoever may be concerned” to contact the agency to provide any useful information about Mechichi’s situation.

It denied knowledge of any judicial or administrative decision related to house arrest.

The move was rejected by most of Tunisia’s parliamentary blocs, including Ennahda, Heart of Tunisia, Dignity Coalition and the People’s Movement.

Ennahda previously described Saied’s actions as a “coup” and a “flagrant attack on principles of democracy and Tunisians’ civil and personal rights.”