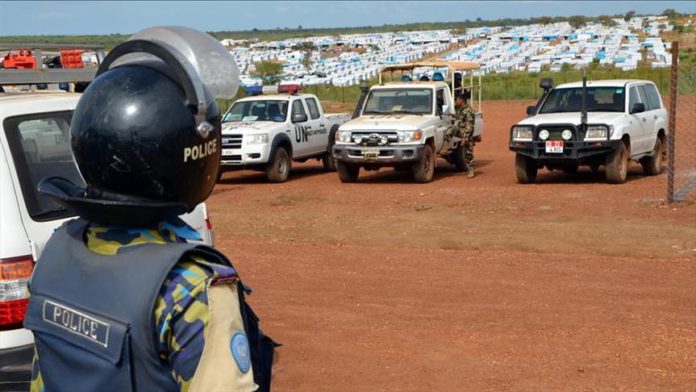 An aid worker in South Sudan has been killed by “armed youths,” just a day after a similar incident led to the death of another humanitarian worker providing relief in the East African country, a local UN aid body said Tuesday.

Condemning the violence, Noudehou said: “I am appalled by these repeated acts of violence against humanitarians.”

“South Sudanese aid workers are enduring difficult conditions to deliver lifesaving assistance to their fellow citizens and should be protected,” Noudehou said in a statement.

He called for the perpetrators to be identified and brought to justice. “The violence and the impunity must stop. We need safety and security of the people receiving and delivering aid.”

In a separate statement, the UN Office for the Coordination of Humanitarian Affairs (UNOCHA) said that “armed youth” had fatally shot a community mobilizer working for a South Sudanese non-governmental organization in Pigi county of the eastern Jonglei state.

“He was on his way from the organization’s base to a facility providing supplementary feeding and outpatient therapeutic care to malnourished children and new mothers. His colleague escaped with minor injuries,” it said, adding that humanitarian services had since been halted temporarily in the area.

The incident brings the number of humanitarian workers killed this year in South Sudan to nine — three times the 2019 total.

A total of 124 aid workers, mostly South Sudanese, were killed in the line of duty since violence broke out in the country in late 2013.

Jonglei state and the greater Pibor region are among the areas most affected by ongoing flooding and food insecurity. Inter-communal and sub-national violence and attacks on aid workers have also hindered the delivery of humanitarian assistance in these areas.

US comedian Louie Anderson dead at 68 after battle with cancer