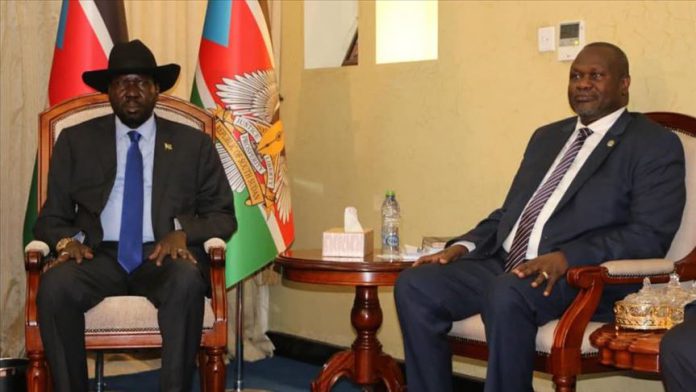 South Sudan’s president and opposition leader called on security mechanisms to speed up the process of the pre-transitional plan to ensure a unity government is formed by mid-February, said on official on Friday.

The two main sides to the peace agreement, President Salva Kiir and opposition head Riek Machar met in the capital Juba on Friday to ensure they meet the deadline of the 100-days extension as of November 12, Puot Kang, a member of Sudan Peoples’ Liberation Movement in Opposition (SPLM-IO), told reporters after the two met security committees.

Kiir and Machar were briefed in the