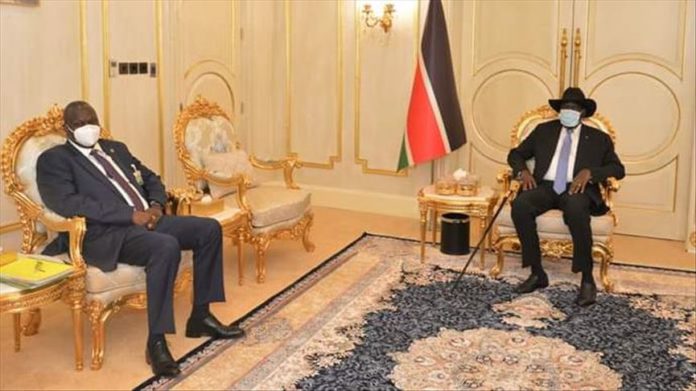 South Sudan’s President Salva Kiir Mayardit and his First Vice President Riek Machar on Wednesday agreed over the allocation of the 10 states.

“Matters pertaining to the composition of the executive and the legislative branches of the [state] governments shall be discussed and agreed to at the later date,” Nhial said.

“We hope with this the road is paved for positive development and the time lost will be recovered,” he added.

The issues related to the composition of the executive and legislative branches will be agreed at a later date.

The deal comes after months of disagreement, which the diplomatic community and civil society said had led to escalation of inter-communal conflicts in some states due to absence of governors.

The crisis caused by political rivalry between Kiir and Machar began in 2013 plunging the country into civil war.

It ended in 2018 with the signing of a peace agreement and formation of a unity government in 2020 that left nearly 400,000 people dead and four million others displaced and slashed crude oil production, leading to economic ruin.