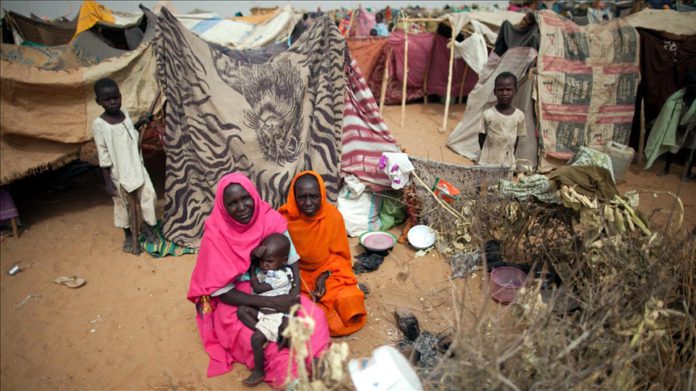 The UN and other aid agencies will be scaling up food assistance in South Sudan in the coming months with the aim of saving more than 7 million lives, a top UN official said on Saturday.

“The deterioration of the food security situation in the country is alarming and will require immediate action,” said Alain Noudehou, UN humanitarian coordinator in South Sudan.

“This year, with generous contributions from donors and funding from the UN’s Central Emergency Response Fund and the South Sudan Humanitarian Fund, UN agencies and NGOs – many of them South Sudanese have worked diligently to provide humanitarian support.”

His statement came after the release of the Integrated Food Security Phase Classification (IPC) report on Friday, which warned that people in parts of the country have run out of food and are facing catastrophic levels of hunger.

It said some 1.4 million children under the age of five are expected to be acutely malnourished in 2021, the highest figure in the past three years.

“This has been a truly difficult year for the people of South Sudan. The country has been hit hard by a second consecutive year of major flooding, as well as by widespread sub-national violence, and coronavirus-related restrictions,” said Noudehou.

Currency depreciation and other economic problems, he added, have added to the existing challenges and sparked a dramatic rise in acute food insecurity.

“At the same time, the approaching dry season has in the past seen an increase in fighting and insecurity, putting the lives of civilians and aid workers at risk,” said Noudehou.

He said people in many parts of the country desperately need help and “should be able to access assistance without fear.”

“Humanitarian workers should have safe and unimpeded access to them. The fighting and the violence should stop if we are to see improvement in the humanitarian situation and for the country to recover toward a lasting peace,” the official stressed.