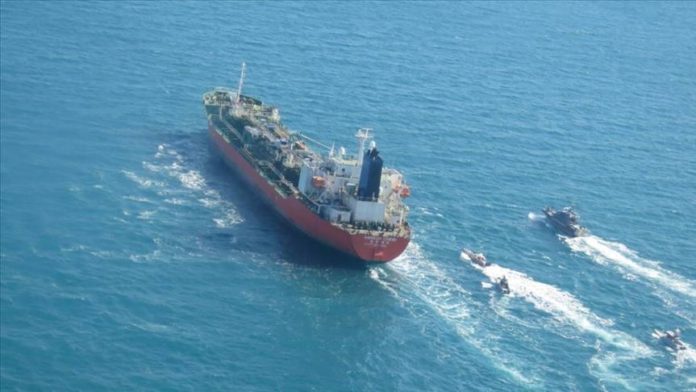 A South Korean delegation on Thursday departed for Tehran to negotiate an early release of an oil tanker and its crew members seized by Iranian authorities, according to local media.

“I plan to meet my counterpart at the Iranian foreign ministry, and will meet others through various routes if that will help efforts to address the ship’s seizure,” the agency quoted Kyung-sok as told reporters at Incheon International Airport, west of Seoul.

On Monday, Iranian officials said the South Korean-flagged oil tanker carrying 20 crew members, including five South Korean, was seized by the Islamic Revolutionary Guards Corps in the waters of the Persian Gulf, claiming the vessel violated environmental protocols and was polluting the sea.

The oil tanker is currently at a port in Bandar Abbas, a city on Iran’s southern coast.

The vessel carrying 7,200 tons of ethanol was heading to South Korea from Saudi Arabia’s Al-Jubail port when it was intercepted by Iranian forces.

Tension mounted between Seoul and Tehran after South Korea recently froze over $9 billion in Iranian funds under US sanctions over Tehran’s nuclear program.

Around 3 trillion won ($2.7 billion) deposited by the Seoul branch of Iran’s Bank Mellat has been held by the Bank of Korea, while about $7 billion worth of Iranian oil money was frozen by the Industrial Bank of Korea and Woori Bank.