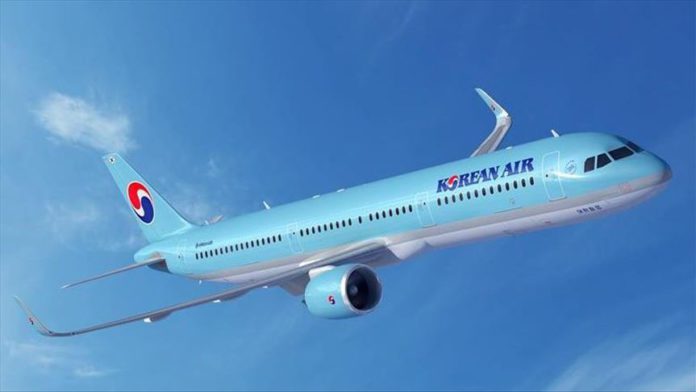 In a statement, Korean Air said the decision was taken as demand grows following ease in coronavirus restrictions by many countries, according to Yonhap news agency.

The airline had reduced its flights by almost 90% in March due to COVID-19 pandemic.

The Korean Air flights were down to 55 per week on 13 international routes since the beginning of the outbreak in the country. The new operations from next month will mean flights running on 32 international destinations with 146 flights available.

The airlines would operate 900 flights on 110 routes before the pandemic.

The decision by Korean Air came a day after Anadolu Agency reported that Turkey’s national flag carrier is mulling to resume domestic and international flights after a suspension due to coronavirus from June.

The Turkish Airlines has drafted a flight plan for June, July, and August.

The airline is projected to operate 60% of domestic flights to all destinations, then to add destinations in July and August. The number of destinations and flight frequency on international routes will rise to 103 and 572, respectively, in July, and to 160 and 937 in August.