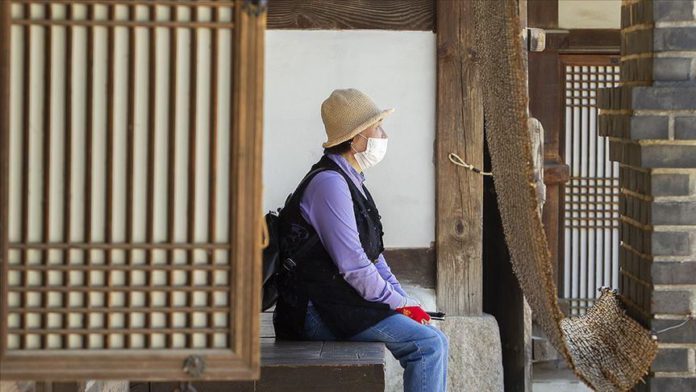 South Korea has witnessed a sharp increase in COVID-19 cases, registering 197 cases Monday and over 279 Sunday.

This is the biggest number past 200 since March, Yonhap news reported. Most of the new cases are locally transmitted. South Korea’s total cases have climbed to 15,515 with Seoul and its neighboring areas being the most affected.

With challenges mounting to its COVID-19 management, the South Korean authorities have raised social distancing measures in Seoul and its neighboring areas by one notch to Level-2 in the three-tier system for two weeks starting Sunday.

South Korea’s battle against the coronavirus has been to strictly enforce social distancing measures. It has avoided imposing a complete lockdown until now.

Many of the new cases have been traced to Sarang Jeil Church in the northern ward of Seongbuk. At least 319 cases are linked to the church.

Earlier, at least 5,214 cases were linked to Shincheonji, a small religious group in the southeastern city of Daegu.

Meanwhile, US forces deployed in South Korea (USFK) said in a statement Monday five of its service members have tested positive for coronavirus after arriving in South Korea between Aug. 1 and 15.

All of the five cases had arrived in South Korea from the US. “The USFK has not had an internal positive COVID-19 case since mid-April,” the statement added.

With the new five cases, the number of cases among USFK services personnel has climbed to at least 103. The latest USFK statement said less than 1% of USFK’s active duty service members are currently confirmed positive with coronavirus.