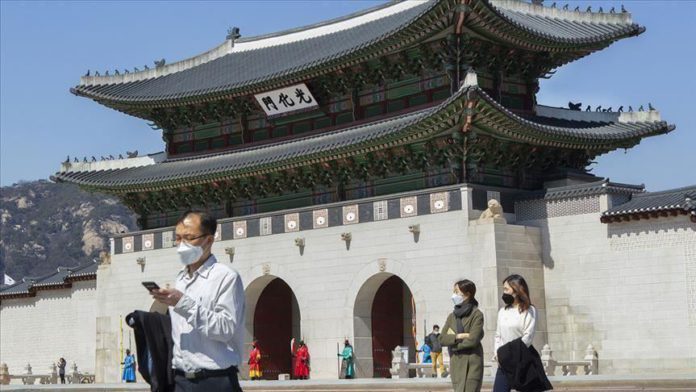 South Korea on Friday reported another daily record high in novel coronavirus cases following a fresh wave of the outbreak in the country, local media said.

According to Yonhap News Agency, health authorities confirmed 324 new cases in the past 24 hours — the highest since March — bringing the total to 16,670. On March 8, South Korea reported 367 cases.

With two more fatalities, the overall death toll rose to 309.

“We are at a critical juncture of whether another wave of the outbreak will unfold in a full-fledged manner,” the agency quoted Deputy Health Minister Kim Ganglip as saying in his daily briefing.

He added that discussions with local governments were underway over whether to toughen social distancing outside the greater capital region.

On Thursday, local authorities in South Korea’s capital announced a ban on gatherings of ten or more people in Seoul, where most of the country’s new cases had been reported, along with its neighboring Gyeonggi province.

Of the 324 new cases, 125 cases were reported in the capital city of Seoul, 102 from Gyeonggi Province and 17 from Incheon, just west of Seoul, during the past 24 hours.

Thousands of trainee doctors in the country also went on strike over a government-proposed plan to increase the number of medical students amid the spreading virus.

Deputy Health Minister Kim warned the doctors that strict action would be taken against them for striking despite the pandemic.

Prime Minister Chung Sye-kyun also expressed regret, saying: “The doctors, who should protect the lives of the people in the serious situation as COVID-19 is spreading again, have begun the collective action.”

The training sessions for the country’s 2.75 million forces were supposed to kick off in September.

It is the first time that the military has adjusted the training for reservists since the division was founded in 1968.

Trabzonspor draw with Besiktas on 2 goals by Sorloth