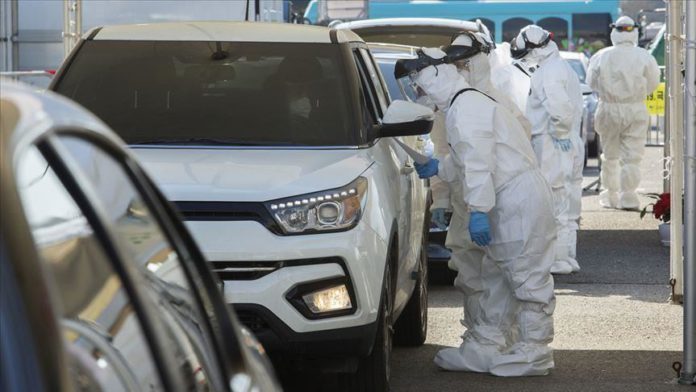 South Korea Friday extended coronavirus restrictions for another week as the country reported over 370 new infections over the past 24 hours, local media said.

According to the Yonhap News Agency, Prime Minister Chung Sye-kyun said the level 2 restrictions that expired Sunday are extended for another week until Sept. 6.

He said there are growing calls to go to the highest level 3, but this remains “the choice of last resort given its economic and social repercussions.”

The city government Friday banned gatherings and rallies of 10 or more people as new infections spike in the capital.

Health authorities said they are looking into options of moving to the toughest level 3 distancing but are cautious as the plan could heavily hinder people’s social and economic activities, the agency reported.

Over the past 24 hours, South Korea recorded 371 new cases including 145 from Seoul, raising the nationwide caseload to 19,077. With three more fatalities, the country’s death toll rose to 316, while 58 patients are in critical condition in hospitals, according to health authorities.