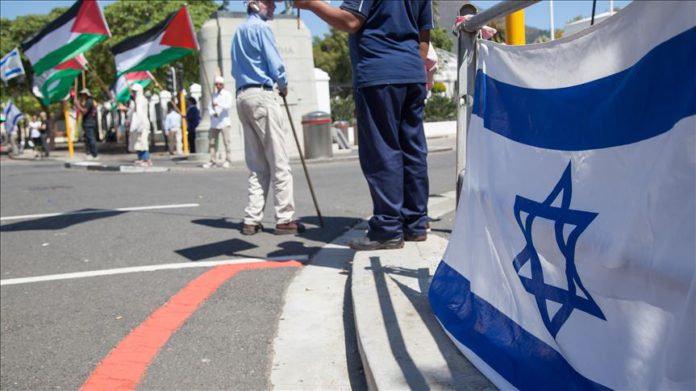 “We are deeply concerned with the remarks by chief Justice Mogoeng Mogoeng during an interview” with Jerusalem Post, the African National Congress (ANC) said in a statement.

In the interview, Mogoeng commented on South Africa’s position on a question pertaining to Israel-Palestine conflict, and suggested the country should take a more balanced approach in the matter.

“As a citizen of our great country, we are denying ourselves a wonderful opportunity of being a game-changer in the Israeli-Palestinian situation. We know what it means to be at loggerheads, a nation at war with itself,” Mogoeng was quoted as saying.

The ruling party said: “The esteemed Chief Justice entered the arena of political commentary which may make him vulnerable should he have to adjudicate a human rights matter in future.”

The ANC further said it was unfortunate for the chief justice to say that “South African government policy was binding upon himself and that he was not seeking to reject it” but then clearly and openly opposed it as “a citizen.”

The ruling ANC said the chief Justice had openly supported Israel’s “actions condemned by the United Nations Security Council (UNSC) on numerous occasions and contemptuous behavior towards the human rights of the people of Palestine.”

The party, once led by the late global iconic Nelson Mandela, said it has consistently through its resolutions supported Palestine and views the contemporary state of Israel as an Apartheid state.

“We support human rights and stand with oppressed Palestinians who include Christians of the holy land, the residents of Jerusalem and Bethlehem who are living under Israel Apartheid,” the statement said.

It added that Israel’s imminent annexation of Palestinian territories is nothing more than a land grab and theft.

It said the chief Justice sought to turn the matter of the rights of the people of Palestine into a religious argument which it is not.

“A number of Jewish Rabbis recently rejected the notion that Zionism and Judaism are the same perspective,” the party said.

The party will continue to work with all sectors of South Africa opposing the occupation, annexation and colonization of Palestinian land, it added.