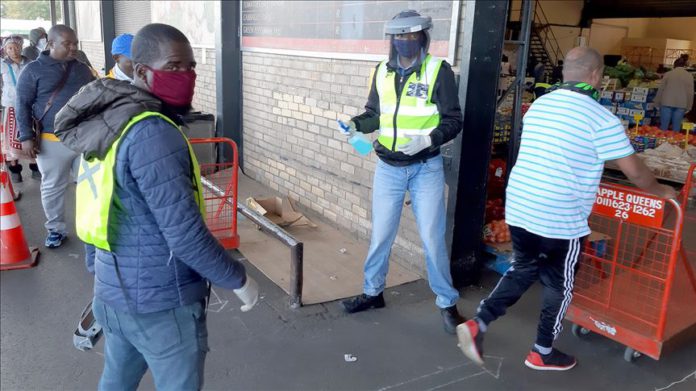 The coronavirus death toll in South Africa is now just shy of 7,500, while the number of cases has passed 470,000, a top official said late on Wednesday.

According to Health Minister Zweli Mkhize, 240 more fatalities were recorded over a 24-hour period, raising the death toll in Africa’s worst-hit country to 7,497.

South Africa’s COVID-19 case count surged by 11,362 to reach 471,123, keeping it fifth on the list of countries hit hardest in the world, behind Russia, India, Brazil, and the US.

“The number of recoveries currently stands at 297,967, which translates to a recovery rate of 63%,” Mkhize added.

The minister said 156 of the new fatalities were reported in the northeastern Gauteng province, which includes the capital Pretoria and economic hub Johannesburg.

It was followed by Eastern Cape with 34 fatalities, 27 in KwaZulu Natal, and 23 in Western Cape.

With 2,983 fatalities, Western Cape province, a hub of tourism, has the highest death toll in South Africa, ahead of Gauteng with 1,836 and Eastern Cape with 1,579 deaths.

Super Lig match delayed due to COVID-19 cases at Hatayspor