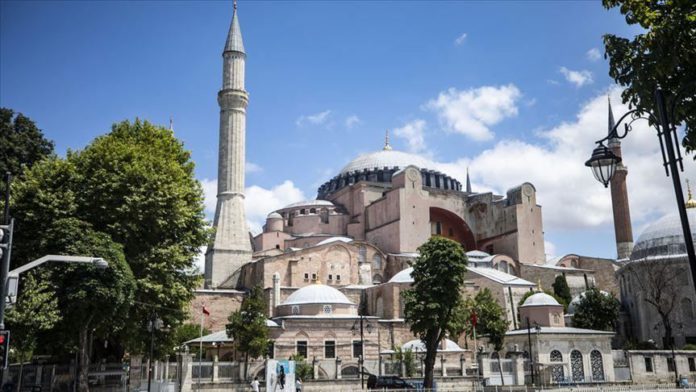 South Africa will live broadcast the first Friday prayer at Hagia Sophia Mosque that will conducted after nearly 90 years.

“July 24 is of great importance for Muslims as the Hagia Sophia Mosque will open to worship after 86 years,” Collier said.

Among the channels that will broadcast the event are ITV, Salaam Media, CII International Radio 786, Voice of the Cape, Radio Islam, and Radio Al Ansaar.

Hagia Sophia is among Turkey’s top tourism destinations for domestic and foreign visitors.

A Turkish court annulled a 1934 Cabinet decree July 19 that turned Hagia Sophia into a museum, paving the way for its use as a mosque.