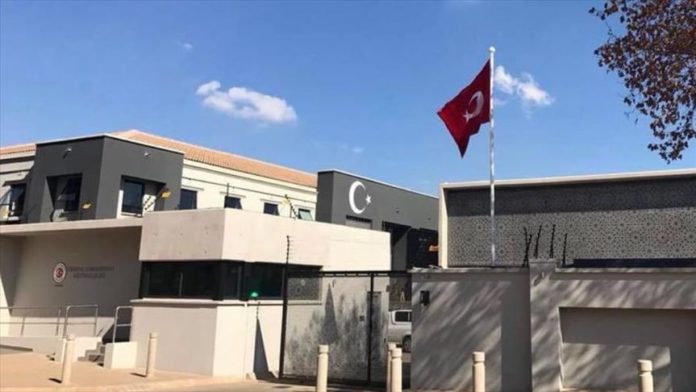 There was jubilation at the Turkish Embassy in South Africa on Wednesday when some Ottoman-origin residents received citizenship.

“I’m particularly honored to be the Turkish ambassador who is finally witnessing this rebonding with our Turkish brothers and sisters,” Ambassador Elif Comoglu told Anadolu Agency.

Effendi was a prominent Turkish scholar sent to South Africa in the 19th century by Sultan Abdul-Aziz Khan to spread the message of Islam.

The legacy of Effendi and other Ottomans who came to reside in the Cape can still be felt after more than 150 years through their writings.

Some Ottoman descendants are now well-known in South Africa among them judges, doctors and even politicians.

Comoglu said some of the applications for citizenship date back to 2017.

“I am happy that Turkish authorities have agreed to grant them citizenship. I am honored that this happened during my term as ambassador and I do believe there will be more citizenships coming,’’ Comoglu said.

The diplomat said she is confident that the strong human bond will further connect between Turkey and South Africa.

She said Effendi’s legacy is one of the reasons Turkey enjoys gracious support among the South African Muslim community.

“We are proud and elated to be able to witness the compensation of a rift that lasted over 100 years and to duly commemorate Ebu Bekir Efendi, who established the foundations of the strong ties between the Muslims of Turkey and South Africa,” she said.

Spain copes with lockdown as cases continue to surge