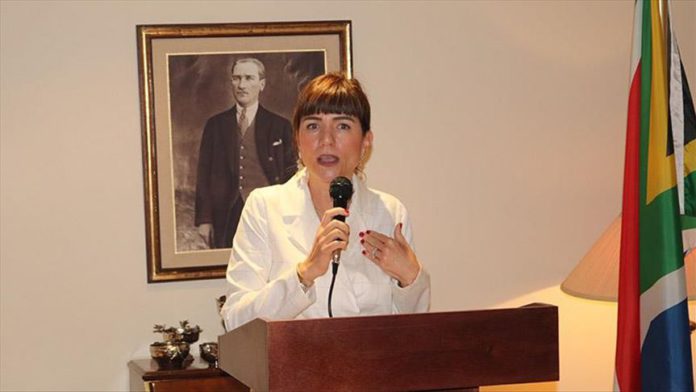 South Africa is still “not free” of the threat of the Fetullah Terrorist Organization (FETO), Turkey’s top diplomat in the country warned on Wednesday.

Turkish Ambassador Elif Comoglu Ulgen said FETO continues to pose a threat not only to Turkey but to all countries that allow its operations, as members of the terror outfit “continue to disguise themselves in various forms.”

Her remarks came at an event organized by the Turkish Embassy in the administrative capital Pretoria marking the fourth anniversary of the defeated July 15, 2016 coup in Turkey, which FETO was behind.

“Unfortunately, South Africa is not free of FETO activities and it’s further disturbing that they continue to present themselves as political opposition to Turkey, although they are not,” said Ulgen.

“They don’t act as a political opposition, rather they are criminals.”

After the defeated coup, many FETO members fled to other countries, where the group misrepresents its goals and record, and where it often runs for-profit schools.

Ulgen said FETO leaders broke the law in their own country and continue to do so by defaming the Turkish government.

She inaugurated a memorial garden at the embassy to honor the Turkish citizens who foiled the coup attempt orchestrated by FETO and its US-based leader Fetullah Gulen.

“Every time we enter our embassy premises, we will have the opportunity and duty to remind ourselves of all fallen soldiers, civilians, men and women, who served their country at their best,” she said.

“This memorial garden will be representative of our values and also the cost that we have paid for our country, land, and our flag to fly high.”

The guests, including the ambassador of Azerbaijan and representatives of several Turkish organizations, also planted lemon tree saplings grown in Turkey and brought to South Africa for the embassy’s memorial garden.

The guests also sang the anthem and observed a minute of silence to remember the martyrs of July 15, 2016.