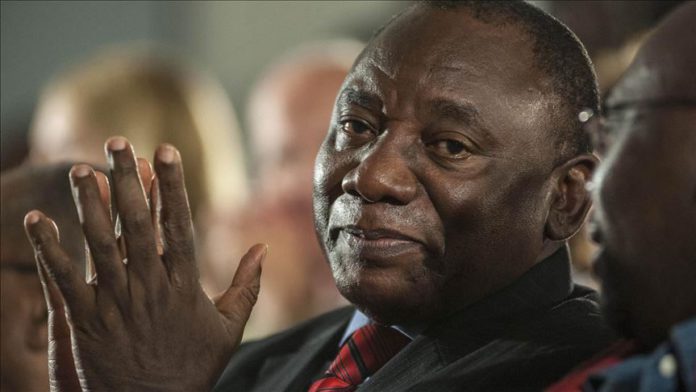 South African President Cyril Ramaphosa said Monday the country will tighten laws on gender based violence and sexual offences which have been widespread in the rainbow nation.

Writing in his weekly newsletter, Ramaphosa said people were angry that many perpetrators of gender based violence and sexual offences are exploiting legal loopholes to avoid imprisonment.

He said citizens are frustrated that sentencing is often not proportionate to the crimes committed against women and children.

“The three amendment Bills are designed to fill the gaps that allow some perpetrators of these crimes to evade justice and to give full effect to the rights of our country’s women and children,’’ Ramaphosa said.

He added: “The amendments impose new obligations on law-enforcement officials and courts.”

The president said many survivors of gender-based violence have lost faith in the country’s criminal justice system.

He said victims face difficulties in obtaining protection orders, while there is a lax bail condition for suspects.

The police too were not taking domestic violence complaints seriously and inappropriate sentences contributed to an environment of cynicism and mistrust.

Ramaphosa said once the new bills are finalized, they will help restore the confidence of the country’s women that the law is there to protect them.

“The first is the Bill to amend the Criminal Law (Sexual Offences and Related Matters) Amendment Act,’’ he said, adding this creates a new offence of sexual intimidation, extends the ambit of the offence of incest, and extends the reporting duty of persons who suspect a sexual offence has been committed against a child.

The president also said there will be a public register for sex offenders with all their particulars.

He said the Criminal and Related Matters Amendment Bill will tighten, among others, the granting of bail to perpetrators of gender-based violence and femicide.

It also expands the offences for which minimum sentences must be imposed.

The South African leader also said Domestic violence is now defined to cover those in engagements, dating, in customary relationships, and actual or perceived romantic, intimate or sexual relationships of any duration.

“The Bill also extends the definition of ‘domestic violence’ to include the protection of older persons against abuse by family members,’’ he wrote.

South Africa has one of the highest incidences of rape and domestic violence in the world.