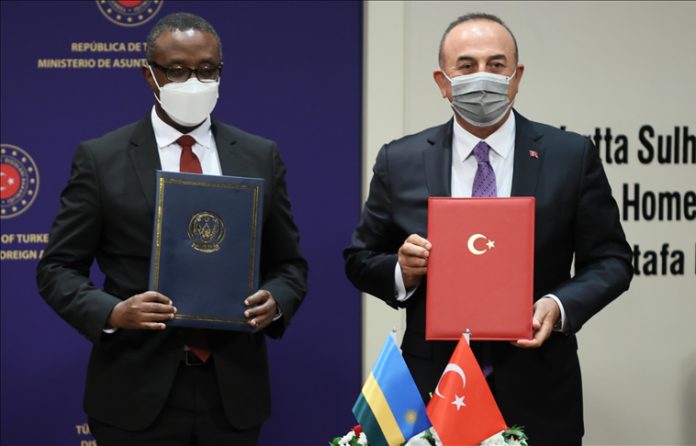 The visit of Rwanda’s foreign affairs minister to Turkey will likely pave the way for further enhancing the already fruitful cooperation between the two countries, a Turkish diplomat said Tuesday.

Turkey’s ambassador to Rwanda, Burcu Cevik, told Anadolu Agency that she is hopeful that Biruta’s visit will cement their already good relations which began to gain momentum after the opening of embassies in 2013 and 2014 in Ankara and Kigali respectively.

“The last occasion where the two ministers got together was in June in Italy on the margins of the G20 Foreign Ministers Meeting,” she recalled.

She said Rwanda is increasingly attracting attention in Turkey with its rapid and remarkable transformation after the 1994 genocide against the Tutsis.

“With its secure, stable, business friendly environment and strong leadership, Rwanda is becoming one of the model countries in Africa in many respects,” she said, adding Turkey commends Rwanda’s transformation process and considers the country one of its important partners in the East African region.

Cevik said that during the visit, the two foreign ministers had an opportunity to discuss bilateral cooperation in all areas including trade and investments, education, health, defense and security. They also overviewed regional and global developments of mutual concern.

She said both ministers agreed that it is encouraging to see that bilateral trade and Turkish investments in Rwanda are increasing, but there is room for further advancement in these areas.

“Turkey has been contributing to the infrastructure development and skills building efforts in Rwanda,” she said, adding Turkey looks forward to high-level participation from the Rwandan side in the forthcoming Turkey-Africa Trade and Business Forum set for October.

Cevik said Turkey and Rwanda have already signed a number of agreements in a wide range of areas, including investments, avoidance of double taxation and trade and economic cooperation.

Other areas include education, agriculture, security and military training, civil aviation and tourism.

She said at the just concluded visit, the two countries signed four agreements in the areas of cooperation in protocol matters between the foreign ministries, small and medium-sized enterprises, higher education scholarships and sports.

172 countries now signed up for WHO vaccine portfolio