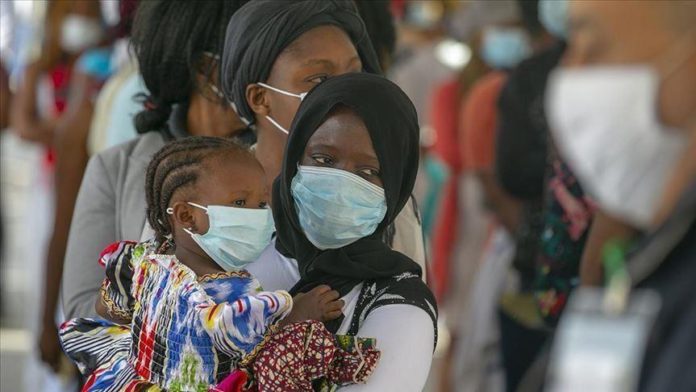 Rwanda registered 1,997 new coronavirus infections early Sunday, the highest number over a 24-hour period since the outbreak of the pandemic, taking the country’s tally to 54,549 cases with 638 deaths.

This came after health officials launched a two-day mass testing exercise Saturday across the capital Kigali as a 10-day lockdown announced earlier in the week began.

The previous record had been 964 cases reported on June 23.

The exercise targeted to test at least 15% of sampled adult residents in each administrative cell or about 106,000 residents, Rwandan Health Minister Daniel Ngamije told reporters earlier.

“The testing seeks to determine the prevalence of the virus in the city. Residents who are found to be infected or showing symptoms such as a cough and high temperature would be followed up under home-based care,” he said.

Since the outbreak of the pandemic in the country last year, health officials have conducted more than 1.7 million tests.

The government last Wednesday announced a lockdown in Kigali and eight other districts from July 17-26 to curb the spread of COVID-19.

Noting that the effectiveness of the lockdown will be assessed based on the findings from the weekend tests, the minister said similar testing would be conducted after the lockdown to assess its impact in driving down new infections.

The government has also announced plans to introduce COVID-19 self-testing kits to scale up testing.

The Health Ministry says it expects to receive 3.5 million COVID vaccine doses by December this year through its partnership with Pfizer-BioNTech. Additionally, the country expects to receive 2.1 million doses from Johnson & Johnson.

The country has so far vaccinated 406,004 people against a target of inoculating 60% of its population by June 2022.