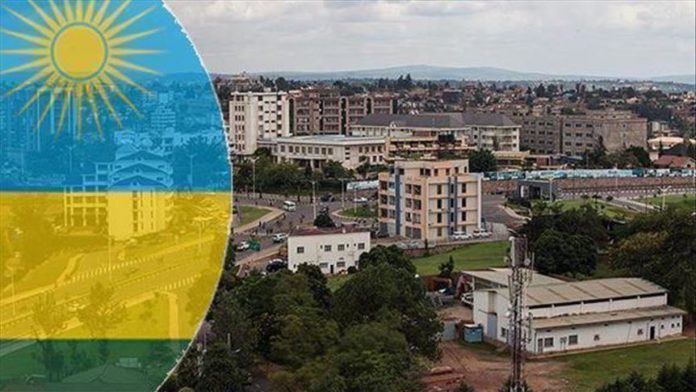 The Rwanda Investigations Bureau (RIB) paraded 57 suspects Friday arrested in the Democratic Republic of Congo, who are accused of terrorism and forming an armed group to destabilize Rwanda.  RIB spokesman Dominique Bahorera told reporters in Kigali the suspects were recently captured in the jungles of eastern Democratic Republic of Congo by the Congolese army and handed over to Rwanda.

Nearly all suspects, including five generals belonging to different terror groups, will soon be tried in a military court, except for one civilian.
The suspects belong to different Rwandan terror groups said to be based in the DR Congo, including the National Liberation Front (FLN), RUD Urunana, the Democratic Forces for the Liberation of Rwanda (FDLR), Rwandan Movement for Democratic Change (MRCD) and P5, according to Bahorera.
The FLN is a military wing of the opposition Rwandan Movement for Democratic Change political party, led by dissident Paul Rusesabagina, known for protecting people during the 1994 Rwandan genocide against the Tutsi ethnic group as a manager of Hotel des Mille Collines.

A recent report by the UN Group of Experts linked P5 to Kayumba Nyamwasa, a Rwandan fugitive and former chief of staff of the Rwandan army.
FLN claimed in March 2019 it had taken control of some of Rwandan regions near the Nyungwe forest — areas bordering Nyamagabe and Nyaruguru districts in southern Rwanda.
But President Paul Kagame dismissed the claims as “just a passing story.”

January 10, 2020
We use cookies to ensure that we give you the best experience on our website. If you continue to use this site we will assume that you are happy with it.Ok