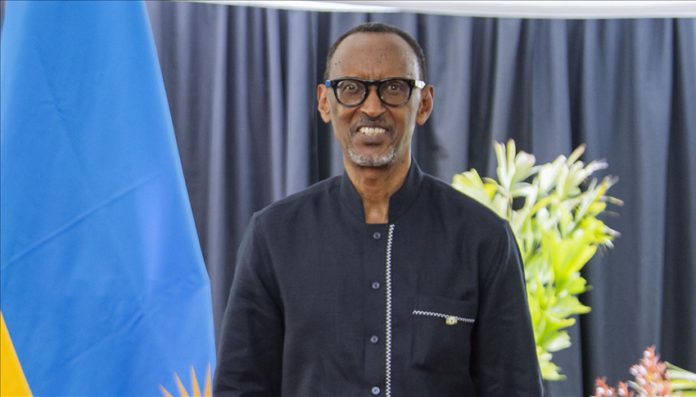 Rwanda on Sunday marked its 27th Liberation Day with the inauguration of a model settlement constructed by the country’s defense forces to resettle 144 families in northern Rwanda.

The settlement in the Musanze district consists of apartment blocks, an early childhood development and family center, a health center and several other welfare facilities such as cowsheds, poultry cages and forage storerooms.

The projects enable citizens to access services, improve livelihoods and uphold the dignity of Rwandans, according to officials.

The Eastern African country observes the Liberation Day on July 4 every year, marking the day when the Rwandan Patriotic Army, the armed wing of the ruling party Rwandan Patriotic Front, captured power and ended the 1994 Rwanda genocide against the Tutsi ethnic group.

“Beyond our borders we want to continue fostering mutually respectful and beneficial cooperation with our neighbors, the region and globally,” he said.

Kagame said the newly inaugurated village and other community infrastructure projects delivered in collaboration with several government institutions is a demonstration of Rwandan solidarity.

Noting that the day could not be marked in the usual manner due to the COVID-19 restrictions, Kagame called on the public to sustain the fight against the current surge in new virus cases.

Rwanda has recently witnessed a surge in infections, with new cases quadrupling in June. As of late Saturday, Rwanda recorded a total of 41,696 COVID-19 cases, including 27,606 recoveries and 465 deaths.

“In keeping with our goal of self-reliance, we are working to build our capabilities to manufacture vaccines and other medications in Rwanda. This will reduce our dependence on supply sources that are unpredictable or dependent on other interests,” Kagame said.

“But this will take time and requires patience.”

In contrast to the past ethnic divisions that characterized the past regime, Kagame said the current government wants every Rwandan to be healthy and free to pursue all the opportunities available to them, including education, employment and entrepreneurship.

The Rwanda Patriotic Army, after being formed in neighboring Uganda by Rwandan refugees, launched the war of liberation on Oct. 1, 1990.