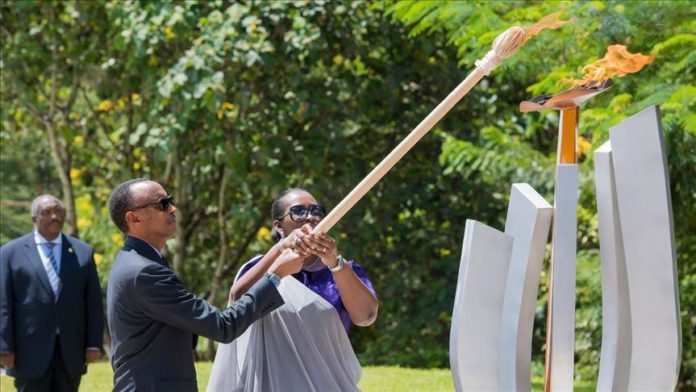 Known as the financier of the Rwandan genocide, fugitive Felicien Kabuga was arrested on Saturday morning in a suburb of Paris in the Ile-de-France.

The arrest was announced by the Paris public prosecutor’s office and the gendarmerie.

On the run for 26 years, Kabuga was living in Asnieres-sur-Seine in the Hautes-de-Seine department under a false identity.

He was the creator of the Hutu militias, the groups primarily responsible for the biggest genocide of the 20th century.

The Rwandan Genocide was a mass slaughter of rebel Tutsi and Hutu forces by the Rwandan government during the Rwandan Civil War in the spring and summer of 1994. It is estimated that half a million to just over a million people were killed.

Kabuga was also a part of the inner circle of former President Juvenal Habyarimana, whose assassination ignited the conflict.

He also founded a radio station RTLM spewing hate speech and used his corporation to import large quantities of machetes, according to a report.

Kabuga first took refuge in Switzerland but was expelled. He escaped two arrests, one in July 1997 in Kenya and then later in 2003, according to the specialized NGO Trial International.

ICTR Chief Prosecutor Serge Brammertz has said Kabuga “was charged by the United Nations International Criminal Tribunal for Rwanda in 1997 with seven counts of genocide” along with multiple other counts, and “persecution and extermination, all in connection with crimes committed during the 1994 genocide against the Tutsi in Rwanda.”

According the French authorities, Kabuga was one of the “most wanted fugitives in the world.”

Kabuga will now be handed over to the Nanterre prosecutor’s office for imprisonment and the office of the public prosecutor in Paris in the coming days. He faces extradition from France as well.