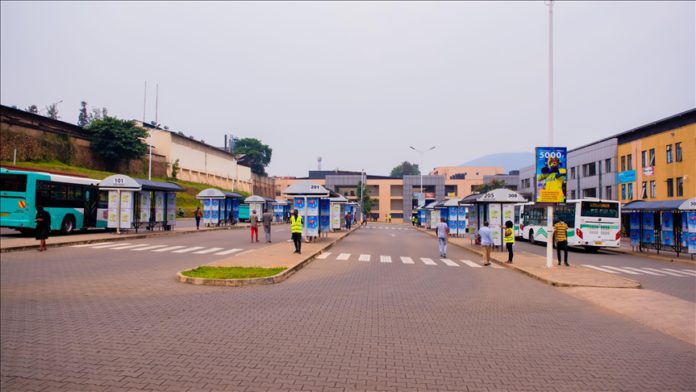 Rwanda has extended a lockdown in the capital Kigali and eight other districts as it battles a surge in coronavirus infections caused by the Delta variant.

A 10-day lockdown imposed on July 17 in Kigali and the districts of Burera, Gicumbi, Kamonyi, Musanze, Nyagatare, Rubavu, Rwamagana, and Rutsiro was due to end on Monday.

However, the government announced late on Sunday that the restrictions will remain in place until at least July 31.

As infections climb due to the spread of the highly transmissible Delta variant, Rwanda’s virus tally currently stands just short of 63,000, including 742 fatalities and over 44,700 recoveries.

A Health Ministry report last month showed that cases have quadrupled in the East African country, with the rising number of patients forcing authorities to reopen several COVID-19 treatment centers.

A recent mass testing drive revealed that the positivity rate was between 5% to 10% in some areas and above 10% in others.

However, health officials have said that lockdown measures helped slash the nationwide positivity rate by almost half, bringing it down to 4.4% from a peak of 8.4% seen before July 17.

“The coronavirus Delta strain is now responsible for 56.6% of all infections during the current wave in Rwanda, while 5.6% of the new infections have been caused by a variant that is yet to be identified,” Health Minister Daniel Ngamije said in a televised interview on Sunday night.

He emphasized that the infectious Delta mutation, which was first detected in India, now accounts for over 50% of all new infections worldwide, urging citizens to strictly follow all safety guidelines and preventive measures.

Rwanda, a country of some 13 million, has fully vaccinated just some 420,000 people so far, but is aiming to cover at least 30% of its population by the end of the year.

Oil up on fuel demand recovery hopes in US, Europe