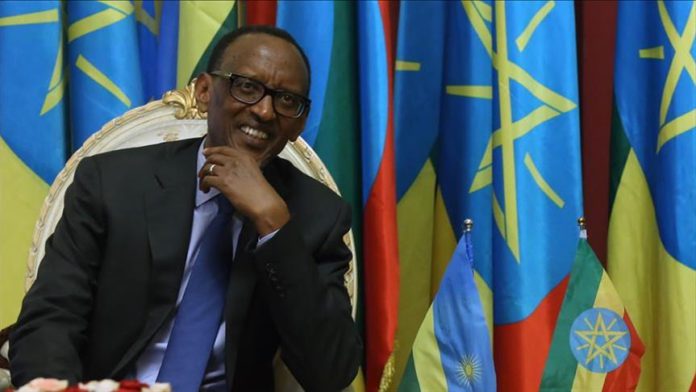 Rwanda agreed Thursday to expand cooperation with the Central African Republic (CAR) in helping it restore peace and security.

It was one of the areas of cooperation the two countries committed to move forward on during the first day of a four-day visit by CAR President Faustin-Archange Touadéra to Rwanda.

The agreements on cooperation signed in the Rwandan capital Kigali were in the areas of defense and security, geology and mining, trade, transport and aviation.

Speaking at a joint press conference, Rwandan President Paul Kagame said his country has been happy to join hands with the people of the Central African Republic in the pursuit of peace, reconciliation and prosperity.

“The signing of these agreements will serve to further cement our bilateral ties and deliver on the immense potential for the socio-economic transformation of our nations,” Kagame said.

“Rwanda is committed to expanding our strategic partnership with tangible results in the years ahead.”

Touadéra said that cooperation between African countries should be based on cardinal values of solidarity and close relations that can enhance African integration.

He said he was partly in Rwanda to thank President Kagame for the multifaceted support to bring peace to the continent, including in the CAR, but also to pick up some lessons on how to consolidate peace, security and economic development.

Rwanda is one of the troop contributing countries to the United Nations Multidimensional Integrated Stabilization Mission in the Central African Republic (MINUSCA).

The East African country deployed its latest contingent of peacekeepers comprising 750 troops to CAR on Tuesday.

In 2020, Rwanda also deployed what it called “force protection troops” to the Central African Republic under a bilateral agreement on defense.

Touadéra noted Thursday that Rwandan troops have played a vital role in pushing back rebels and restoring peace in his country.

Last December’s presidential election was the first following the signing of a peace agreement in February 2019 between the government and 14 armed groups.

But the election, which saw Touadéra reelected, was followed by violence.