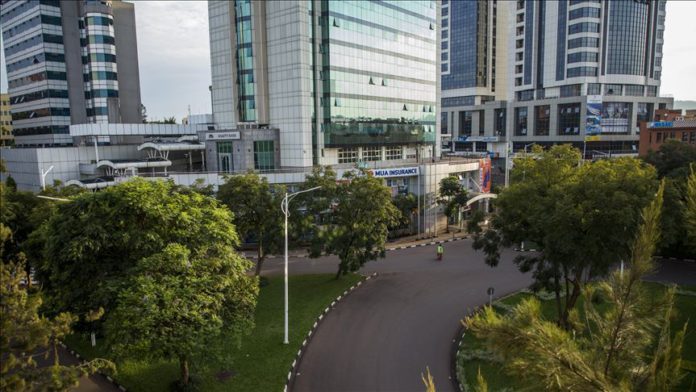 Rwandan authorities have announced a $11-billion worth climate action agenda which features a 38% reduction of greenhouse gas emissions by 2030, local media has reported.

The East African ”country’s efforts to limit its contribution to climate change and adapt to the consequences over the next decade will require approximately US $11 billion, made up of 5.7 billion dollars for mitigation and 5.3 billion dollars for adaptation,” according to a statement on Tuesday.

The government said the plan’s funding will come from both domestic and external sources.

“Rwanda is pleased to submit its updated Nationally Determined Contribution under the Paris Agreement. Our country is already counting the cost of climate change.

“We have tragically lost more than 150 citizens with more than 4,000 homes damaged due to floods and landslides this year alone.

“With this new, more ambitious climate action plan, we have a clear roadmap to limit our already low emissions and ensure our community and economy are resilient to the impacts of a warming world,” said Jeanne d’Arc Mujawamariya, the environment minister.

The plan is equivalent to an estimated mitigation of up to 4.6 million tons of carbon dioxide equivalent.

The statement added that the climate action plan, also known as the Nationally Determined Contributions, has been submitted to the UN Framework Convention on Climate Change and forms part of Rwanda’s obligations under the Paris Agreement.

Paris Agreement is part of the framework convention, dealing with greenhouse gas emissions mitigation, adaptation, and finance, signed in 2015.

The agreement was signed by 196 countries and intends to mitigate the effects of climate change by reducing carbon emissions and limiting global temperature rise to below 2 degrees Celsius.

'EU should support Turkey for hosting over 4M refugees'