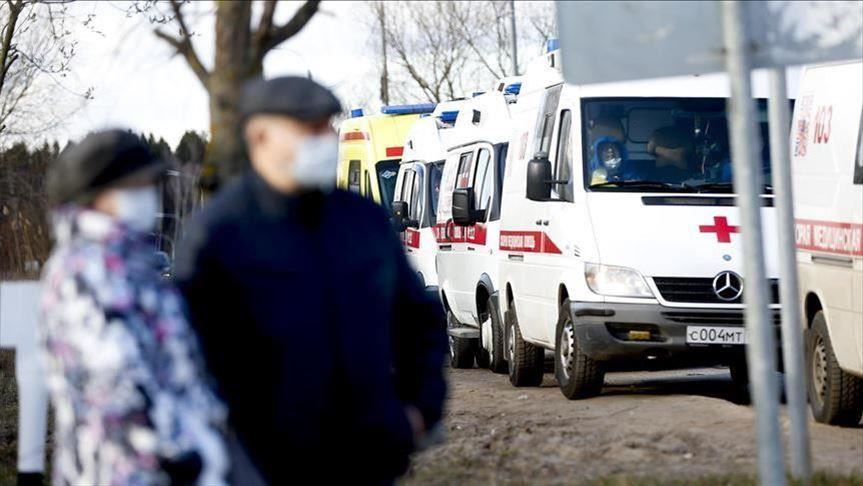 Russia on Monday reported more than 9,000 new virus cases and over a hundred fatalities for the second day in a row.

At least 9,035 new COVID-19 infections were registered over the last 24 hours, taking the nationwide tally to 414,878, the country’s emergency task force said.

Over the same period the virus claimed the lives of 162 people, compared to 138 the day before, raising the death toll to 4,855.

Meanwhile, recoveries continued to decline; 3,994 were declared healthy over the past day, a drop from 4,414 on Sunday and an average of 8,000 last week.

Since the beginning of the pandemic, in Russia a total of 175,877 people successfully recovered from COVID-19.

The pandemic has claimed more than 372,100 lives in 188 countries and regions since originating in China last December. The US, Brazil and Russia are currently the world’s worst-hit countries.

Some 6.17 million cases have been reported worldwide. As many as 2.64 million people have recovered so far, according to figures compiled by the US’ Johns Hopkins University.

Over 2M people have recovered from coronavirus: Study