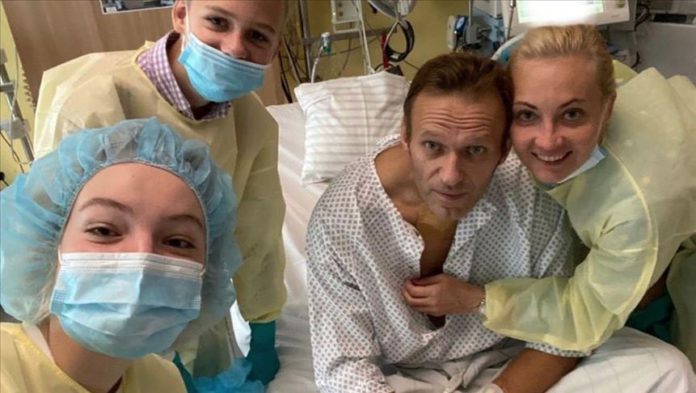 The photo, posted on the opposition leader’s Instagram page, shows a visibly weaker Navalny sitting up on a hospital bed surrounded by family members at the German medical facility where he has been under treatment for over three weeks.

“Hi, this is Navalny. Miss you. I still can’t do much, but yesterday I was able to breathe all day on my own. Totally by myself. I didn’t use any outside help, even the simplest valve in my throat. I really liked it. An amazing, underestimated-by-many process. I recommend,” read the photo caption.

Navalny, a staunch critic of Russian President Vladimir Putin, fell ill on Aug. 20 on a flight from the Siberian city of Tomsk to Moscow.

The plane made an emergency landing in Omsk and the 44-year-old politician was rushed to a hospital where he spent two days before being moved to Berlin for treatment.

On Sept. 2, Steffen Seibert, German Chancellor Angela Merkel’s spokesman, said Berlin would notify the EU and NATO, as well as the Organization for the Prohibition of Chemical Weapons (OPCW), about “a chemical nerve agent” found in Navalny’s tests.

Russian authorities deny any involvement in the alleged poisoning case, saying chemical weapons are neither developed nor produced in the country since the last chemical round was destroyed in 2017, which was verified and certified by the OPCW.

On Tuesday, foreign ministers of the G7 member countries urged Russia to find and bring to justice the perpetrators of Navalny’s alleged poisoning.