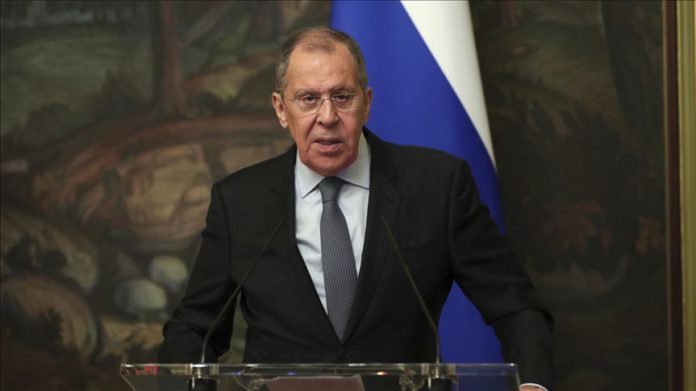 The Russian foreign minister on Sunday said the Belarusian opposition is not happy over its “waning” support for protests, and wants bloodshed.

Speaking at the Terra Scientia National Youth Educational Forum in Solnechnogorsk, Moscow Region, Sergey Lavrov said the law enforcers do not interfere in peaceful demonstrations but “some Belarusian opposition figures who live in the West, and try to influence events in their country from there” are provoking for hostilities.

He compared the protests in Belarus with what happened in Venezuela, saying the Belarusian opposition follows the Venezuelan model, and is asking President Alexander Lukashenko to have talks only to discuss his resignation.

In Venezuela, President Nicolas Maduro and the opposition are engaged in a bitter power struggle. Maduro was re-elected to a second six-year term in May 2018 in elections opposition says were rigged.

Lavrov said calls to law enforcers “to come over to the peoples side,” are illegitimate, because they urge to break the oath.

The fact that opposition leader Svetlana Tikhanovskay appeals most often in English rather than Belarusian shows where her interests lie, he said.

Tikhanovskaya, who came in second, left for Lithuania “for the sake of her children.”

NATO and European leaders have urged Lukashenko launch a dialogue with the opposition, and respect the fundamental human rights of the citizens.

Turning to the US endeavor to extend an arms embargo against Iran, Lavrov said it “will not pass.”

Washington, he said, demands from others to adhere to agreements under the threat of sanctions while it withdrew itself from the Iran nuclear deal so it does not have to comply with it.

Washington first stopped to fulfill its obligations, and now “tries to punish Iran for the same,” Lavrov said.

The minister argued that only the countries which agreed on the Joint Comprehensive Plan of Action could initiate the return of sanctions, which were imposed on Iran for its nuclear program.

Signed between Iran and P5+1 — the US, UK, France, China, Russia and Germany in 2015 — the deal curbed Iran’s nuclear activities in return for the lifting of sanctions.

In May 2018, the US withdrew from the agreement, leading Iran to reduce cooperation with the nuclear watchdog.

On June 30, US Secretary of State Mike Pompeo urged the UN Security Council to extend an arms embargo against Iran, and warned that ending it would risk stability in the Middle East.