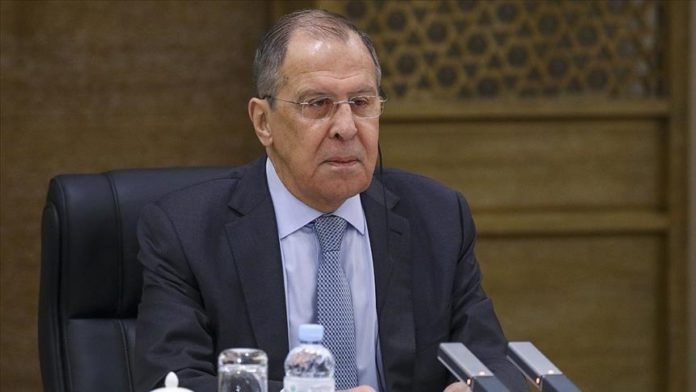 Ukraine was the main topic of a Monday meeting between Russian Foreign Minister Sergey Lavrov and a top official of the Organization for Security and Cooperation in Europe (OSCE), said the OSCE secretary-general.

Speaking at a news conference in Moscow, Helga Maria Schmid said the OSCE Special Monitoring Mission has serious limitations in restive eastern Ukraine – much of it under control by Russian-backed separatists – especially in territories not controlled by the government, which complicates the mission’s work.

She said the situation is improving, but stressed the need to implement the Minsk Agreement, especially the plan drafted in Paris in December 2019.

“The number of civilian casualties has decreased, but most of the casualties are caused by mines. In this regard, it is important to implement the agreements reached at the Paris summit on the 19 agreed areas, this is the key role of our work,” she said.

For his part, Lavrov accused Ukrainian President Volodymyr Zelensky of stalling the fulfillment of the Minsk and Paris agreements.

“The first point of this document (Paris plan) was the withdrawal of forces and equipment, the withdrawal of heavy equipment along the entire line of contact in the Donbass. He (Zelensky) agreed only to do it in three places. The decision (as to where it should be) has not been made yet,” he said.

Fighting between Ukrainian government forces and pro-Russian separatists in eastern Ukraine has left more than 13,000 people dead, according to the UN.

Asked about possible “expanded cooperation” between the Turkish and Ukrainian navies to bring Ukraine up to NATO standards, Lavrov said he will discuss it during contacts with his Turkish colleagues as soon as possible.

Pointing to what he called “attempts to drag Ukraine into NATO,” he said: “We are in regular dialogue with our Turkish colleagues, and we are planning another contact in the nearest future. I think we will talk about this topic too.”

On June 19, Ukraine reported that Foreign Minister Dmitro Kuleba and his Turkish counterpart Mevlut Cavusoglu discussed expanding cooperation between the Ukrainian and Turkish navies, which “will help to implement NATO standards in the Ukrainian Navy, increase their defense capability and compatibility with NATO member countries.”