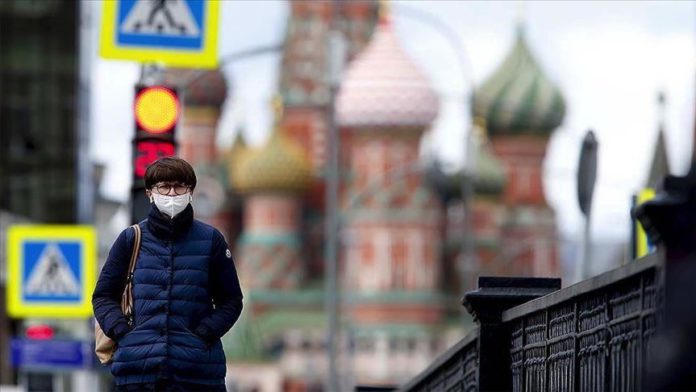 With 127 more fatalities over the past day, the death toll rose to 3,099, according to the country’s emergency task force.

The country continues mass testing for COVID-19 in an attempt to detect the disease at early stages.

On Wednesday, speaking at a government meeting held via videoconferencing, Russian Prime Minister Mikhail Mishustin said that the country saw the lowest daily figure of coronavirus cases in the last three days.

He added the situation was gradually stabilizing, especially in Moscow.

Mishustin said that 17 regions have already reached the goal indicators to begin the phased lifting of restrictions.

Despite strict measures, which include lockdown of capital Moscow, ban for entry of foreigners and stateless people, and suspension of international air and railway traffic, Russia is the second-worst coronavirus-hit country in terms of number of cases.

Three top Russian officials, including Kremlin Spokesman Dmitry Peskov, are being treated in hospital from the coronavirus, while three more were earlier discharged after recovery.

The pandemic has claimed more than 328,300 lives in 188 countries and regions since originating in China last December. The US and Europe are currently the world’s worst-hit regions.