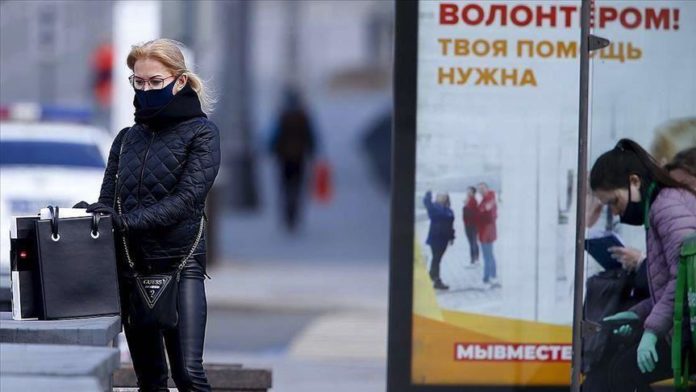 Almost 108,000 people in Russia have now recovered from COVID-19, according to official figures released on Saturday.

Over the past day, 8,111 patients were discharged from hospitals across the country, bringing the total number of recoveries to 107,936, Russia’s emergency task force said in a daily report.

The figure amounts to more than 32% of the country’s overall case count, which reached 335,882 after 9,434 more people tested positive for COVID-19.

On Friday, President Vladimir Putin said the situation in the country was stabilizing but the road to recovery was not “as fast and stable as wished.”

Nevertheless, the daily case count in Moscow, the first and hardest-hit area of Russia, and several other regions has steadily decreased, with the incidence rate now down to 3.5% from 5.9% last month.

Along with the US and Brazil, Russia is among the three hardest-hit countries in the world in terms of confirmed COVID-19 cases.

However, its death toll is lower than all 10 countries with the highest number of cases.

More than 338,000 people have died in 188 countries and regions since the pandemic began in China last December.

Nearly 5.23 million cases have been reported worldwide and over 2.06 million people have recovered to date, according to figures compiled by the US’ Johns Hopkins University.

Coronavirus: Roma not to travel for Sevilla game