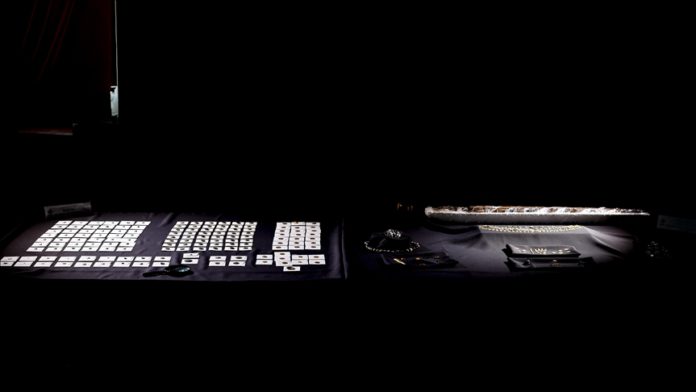 Known as Russia’s Atlantis, the ancient city of Phanagoria reveals many discoveries, including traces of Turks.

The ancient Greek city of Phanagoria in Taman Peninsula, located in the Krasnodar region in the south of Russia, is estimated to be about 2,500 years old. It was first discovered thanks to a tombstone that washed up in the 18th century.

Another feature in the Phanagoria, which is one-third of which is underwater, is that there are many traces of the Turks and the Ottoman Empire.

Recently, the discovery of a 16th-century coin thought to belong to a Turkish officer in the Ottoman army has created excitement, especially among historians.

The coin is believed to have been brought to the Phanagoria as a trophy by the Turkish military after the victories in Cyprus.

While it is known that the Ottoman Empire fleet once established a base in Phanagoria, a few Ottoman-era structures in the region are among the recent discoveries.

Although Phanagoria is a region in the south of Russia today, it was under the rule of the Ottoman Empire in the 15th to 17th centuries. Experts consider it a strong possibility that more traces of Turks will emerge over time.

The region is of great importance for Russia. Russian President Vladimir Putin had also done scuba diving in the region in the past years.

Importance of Phanagoria in the history of Black Sea

Speaking to the Anadolu Agency excavation director at the ancient city Dr. Vladimir Kuznetsov said that the region is very suitable for excavations because it is in an undeveloped area.

Pointing out Istanbul as a challenging area for historical excavations, Kuznetsov said that there is a huge and powerful cultural layer that allows tracing not only the history of the city but also the region.

Noting that the region is of great interest to Turkey, Kuznetsov said: “As for Turkey, of course, the northern and southern coasts of the Black Sea have always been closely linked.”

Pointing out Turkey’s Black Sea province of Sinop was an important trading city, he said: “In Phanagoria, there are many (ancient) Sinop jugs from the 3rd and 2nd centuries to the present.

Pointing out that the direct route between the north and the south of the Black Sea was discovered before the 4th century, Kuznetsov said that Turkish sailors were among the best in Europe, they were captains who knew all the subtleties of seafaring, and they constantly sailed to Phanagoria.

“The southern and northern shores of the Black Sea were always connected, and we can see the trace of this with archaeological materials,” he added.

On the coin that was discovered in the region recently and believed to be belonging to an Ottoman officer, Kuznetsov said: “Our numismatist found that Venetian money was brought here after a military operation in Cyprus.”

“There was a Turkish village called Alibey on the beach in the Phanagoria region. Although there is not much left from the village, we found quite a lot of tobacco sticks. Here we also found two anchors of large Turkish ships,” he added.

“This Venetian coin was certainly brought from the place where these wars were fought, that is, a Turk brought it and we think it is a commemorative coin because it has a hole on it,” he explained. “It is clear that the officer in question participated in battles on behalf of the Turkish army.”

A numismatist and archaeologist, Mikhail Abramzon of Russia-based Magnitogorsk State Technical University, underlined that the coin was an extremely important discovery in terms of the history of the region.

Noting that the Ottoman Empire conquered the region at the end of the 15th century, Abramzon said: “Many castles housing Turkish garrisons appeared here and the Ottoman navy was in Taman.”

“Taman Peninsula was included in the administrative system of the Ottoman Empire,” he explained.

“In the 16th century, there was also a Turkish settlement on the territory of Phanagoria. The smoked pipes, kitchen utensils, and coin finds belonging to the sultans of that century prove this,” he added.