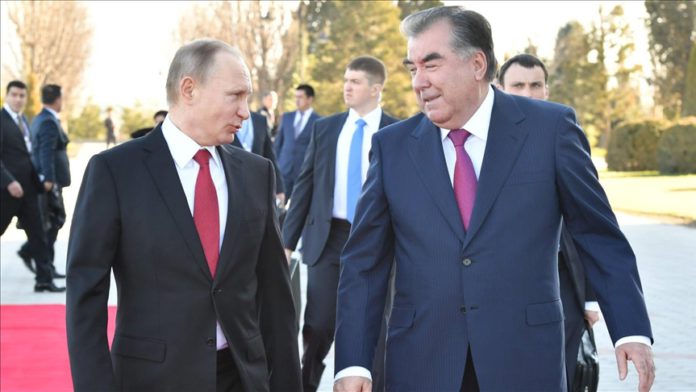 Russian President Vladimir Putin discussed the situation in Afghanistan with his Tajik counterpart Emomali Rakhmon in a phone call on Monday, the Kremlin said.

The two leaders spoke about “the difficult situation on the Tajik-Afghan border caused by the escalation of armed confrontation on the territory of Afghanistan,” the statement said.

“Vladimir Putin confirmed his readiness to provide Tajikistan with the necessary support both bilaterally and within the framework of the Collective Security Treaty Organization,” it added.

In a separate statement, Kremlin spokesman Dmitry Peskov said the situation in Afghanistan “is not developing well.”

He added that Russian border guards are following developments and will make necessary decisions depending on the state of affairs.

However, no talks with the Afghan government are being held about possible deployment of Russian troops in Afghanistan, Peskov said.

The Taliban on Monday claimed to have captured several more districts in the northern Badakhshan province.

While Afghan officials did not comment on the insurgents’ claim, the local administration said special military units have been deployed in the province to push back the Taliban.

Separately, the Afghan Defense Ministry said 143 Taliban insurgents were killed in operations across the country over the past day.