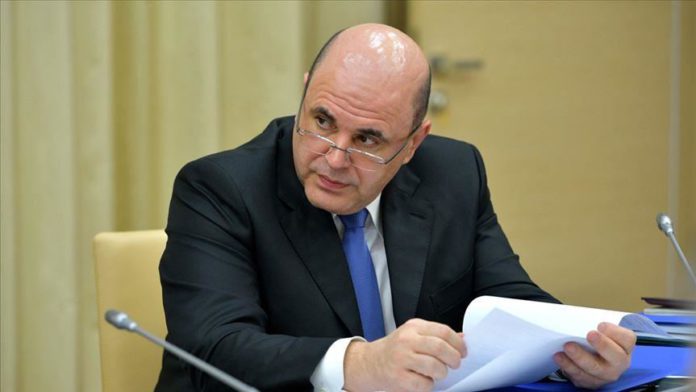 Russian Prime Minister Mikhail Mishustin returned to work on Tuesday after recovery from coronavirus, according to the government’s press service.

Mishustin, 54, tested positive for COVID-19 on April 30 and hospitalized afterwards in a condition of moderate severity.

Last week, Mishustin started to take part in the government’s meetings via videoconferencing.

Mishustin became the third member of the Cabinet recovering from the disease as earlier Culture Minister Olga Lybimova and Education Minister Valery Falkov had also announced themselves recovered from a mild form of the virus.

Tuesday morning, Russia registered 9,263 more cases in the past day, taking the country’s tally to 299,941.

On Monday, Russian Prime Minister Mikhail Mishustin — who takes part in the work of the government from the hospital — announced that although the situation with the virus’s spread in Russia remains “quite challenging”, the authorities managed to halt the growth in the incidence of the disease.

He added that Russia became a leader in testing for virus, over 300,000 tests are carried out daily, and in total more than 7.3 million tests were conducted, detecting 267,000 people with the suspected virus, Mishustin added.

In a separate statement, Deputy Prime Minister Tatyana Golikova reported the growth of infections in Russia over the past weeks dropped 23.4% nationwide and 47.5% in Moscow, the worst-hit area of the country.

COVID-19’s rate of spread on average in the country equals 0.9, but in 43 regions the figure is still higher.

The pandemic has claimed over 318,000 lives in 188 countries and regions since originating in China last December.

More than 4.8 million cases have been reported worldwide and over 1.78 million people have recovered to date, according to figures compiled by the US’ Johns Hopkins University.