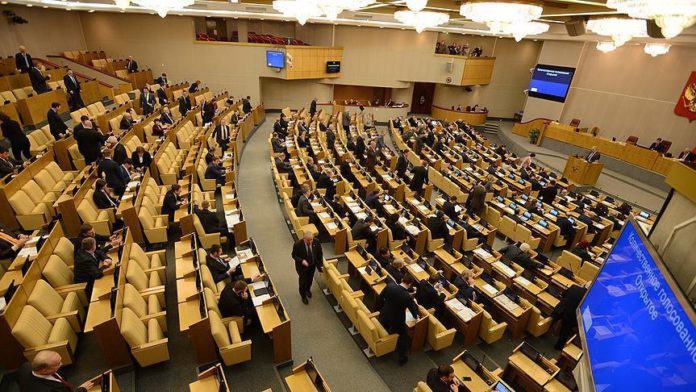 The Russian lower chamber of parliament, the State Duma, voted on Tuesday for the recognition of Ukraine’s breakaway regions of Donetsk and Luhansk as independent states.

In January, the Communist Party of Russia proposed the motion to appeal to President Vladimir Putin to consider the two regions’ recognition.

After several rounds of discussions, the proposal was introduced to the lawmakers, with 351 voting in favor, 16 opposing, and one abstention.

Vyacheslav Volodin, the speaker of the State Duma, said the issue of recognition is driven by the need to ensure the security of Russian nationals living in Donetsk and Luhansk.

However, Foreign Minister Sergey Lavrov said the self-proclaimed republics abandoned their bid to secede from Ukraine under the Minsk Agreement.

Commenting on the State Duma initiative, Kremlin spokesman Dmitry Peskov said Russia remains committed to the Minsk Agreement and supports the implementation of the accord “as soon as possible.”

For Ukraine, Foreign Minister Dmytro Kuleba said the recognition of Donetsk and Luhansk would mean the end of the Minsk Agreement “with all related consequences”

Russian officials repeatedly denied the allegations, slamming them as a “disinformation campaign” and “fakes” aiming to undermine Moscow’s proposals on security guarantees.

Former US Catholic cardinal charged with sexual assault of boy