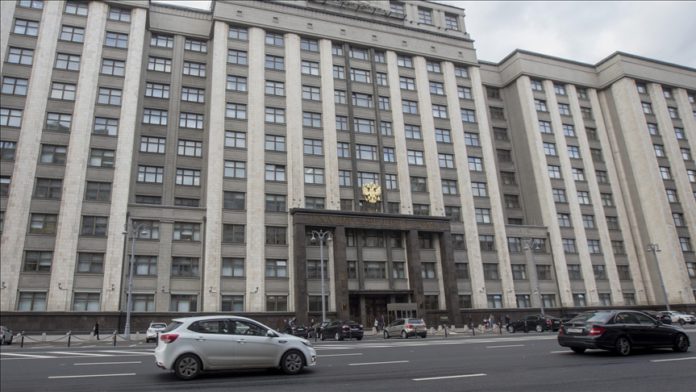 Russian lawmakers will start discussions next week on an initiative for possibly recognizing two pro-Russian breakaway regions in eastern Ukraine as independent states.

Vyacheslav Volodin, speaker of the State Duma, Russia’s lower chamber parliament, said he will consult party leaders about the admissibility of an appeal filed earlier this week by the Communist Party, which calls on President Vladimir Putin to consider formal recognition of Donetsk and Luhansk.

The matter will then be taken up by the Council of the State Duma, the managing body that comprises senior officials, including the chairman, his deputies and heads of political parties, Volodin announced on his Telegram channel on Friday.

He said the issue of recognition is driven by the need to ensure security of Russian nationals living in Donetsk and Luhansk.

“We see President (Volodymyr) Zelensky ignoring the Minsk agreements. NATO wants to occupy Ukraine. Both can turn into a tragedy. We must not allow this to happen,” Volodin stressed.

Commenting on the initiative, Kremlin spokesman Dmitry Peskov said it was important to avoid any steps that could further escalate tensions between Moscow and Kyiv.

“It is very important for those who are the authors of this initiative, first of all, not to try to earn some political points in such a fragile situation,” he said.

Tensions have already been running high over Ukraine as Western countries accuse Moscow of preparing for an invasion.

Russia has vehemently denied the allegations and countered with claims that Kyiv, under US guidance, is gearing up for provocations in eastern Ukraine.

Moscow has been engaged in talks on the issue on several fronts, including with the US, NATO and the Organization for Security and Co-operation in Europe.

Following talks between their deputies on Jan. 10, Russian Foreign Minister Sergey Lavrov and US Secretary of State Antony Blinken met in Geneva on Friday for discussions to ease tensions and prevent conflict over Ukraine.