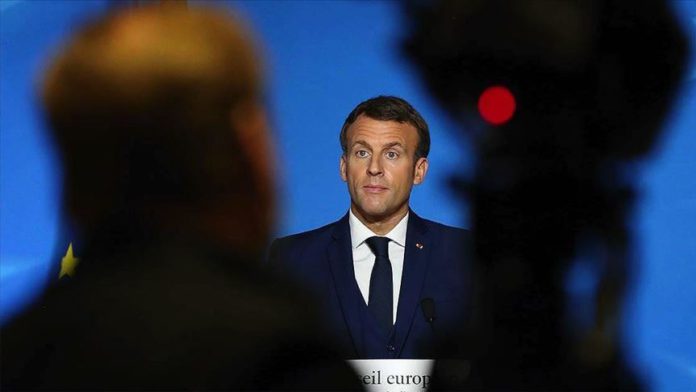 French president’s policy towards Islam is a provocation and his statements cause very deep wounds, the chairman of Muslim Spiritual Assembly of Russia said.

Speaking with Anadolu Agency Thursday, Mufti Albir Krganov stressed that it is necessary to be cautious in matters of national or religious feelings.

“This [French] provocative policy has become a challenge to Islam. It is necessary to be cautious in matters relating to national or religious feelings of a person. Such statements cause very deep wounds,” he said.

Krganov added the Islamic world took Macron’s reaction with great concern, considering it all happened on the eve of the celebration of the birthday of Prophet Muhammad.

“Statements by the French authorities in support of publishing caricatures are counterproductive. It also offends law-abiding Muslims who live in France. It would also offend Christians, Buddhists, and Jews if their symbols were used. You can’t play with religious symbols.

“The politicians will leave tomorrow. There were others before Macron and they will come after him. But relationships between peoples can suffer from this kind of statements. Inter-religious relations must be kept within the limits of morality and law. And inciting Islamophobia is fraught for Europe and the whole world,” he said.

Krganov also urged the representatives of other religions to express their opinion on this issue so that politicians are not allowed to destroy the unshakable foundations of friendship between peoples for the sake of their political interests.

“In Europe itself and in other Western countries, they are trying to bend everyone to their secular view, all world religions. It’s impossible. Because the ideological foundations of religions are broad and historical, and they have been formed over thousands of years,” the mufti said.

Macron announced on Oct. 2 a controversial plan to tackle what he called “Islamic separatism” in France, claiming Islam is in “crisis” all over the world, and he promised to “free Islam in France from foreign influences.”

Last week, the French president defended blasphemous cartoons, saying France would “not give up our cartoons” after the brutal murder of teacher Samuel Paty, who showed provocative cartoons to a class of middle school students.

The past few days have witnessed the publication of cartoons in France, sparking a wave of anger and protests across the Islamic world as well as campaigns to boycott French products.

* Writing by Elena Teslova in Moscow