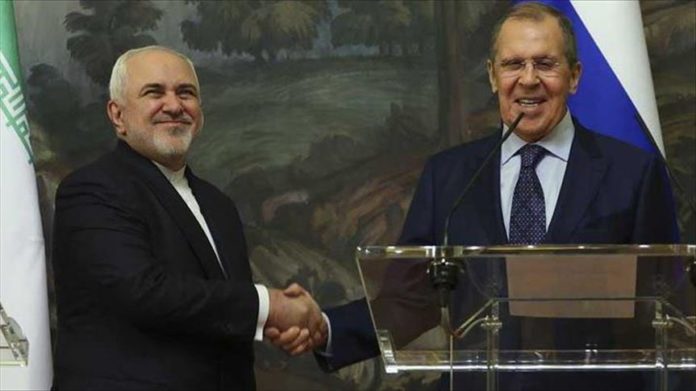 Russia will build its relations with Iran without taking into account the US threat to put sanctions, Russian Foreign Minister Sergey Lavrov said on Thursday.

Speaking at a news conference in Moscow following the meeting with his Iranian counterpart Javad Zarif, Lavrov said the US demands to wrap up cooperation with Iran are “illegal”.

“I hope other countries which cooperate with Iran will take a principled position and will be guided by their national interests,” Lavrov added.

In turn, Zarif said the US threat to put unilateral sanctions against any country cooperating with Iran is an evidence of its defeat in the UN, where Washington failed to bend other members to support its position.

In a separate statement to the Russian media earlier today, Zarif said Iran is ready to exchange prisoners with the US.

But the talks cannot be organized directly between the Iranian and US authorities, and Tehran would like to have Switzerland or any other country that “would like to play a positive role” in this process, he noted.

Commenting on the alleged poisoning of Russian opposition leader Alexey Navalny, Lavrov said Russia still cannot open an official investigation because neither the Organization for the Prohibition of Chemical Weapons (OPCW) nor Germany provided the results of Navalny’s tests, confirming poisoning to Russia.

He said the OPCW and Germany redirects Russian requests from one to another, which he assessed as “an unserious approach”.

Lavrov also added that Russia became aware that the OPCW took itself some tests from Navalny.

Russia requested a consulate access to Navalny, but has not been granted it yet.

The European countries “arrogantly” demand from Russia to investigate the case without providing any evidence, Lavrov noted.

“Germany sends us to Hague [where the OPCW headquarters are located], the Hague sends us to Berlin.

“We hope that our partners will understand the futility of talking to us from the position of a higher being who does not even bother to answer legitimate questions based on international conventions and only demands some kind of repentance from us in such an arrogant way,” he said.