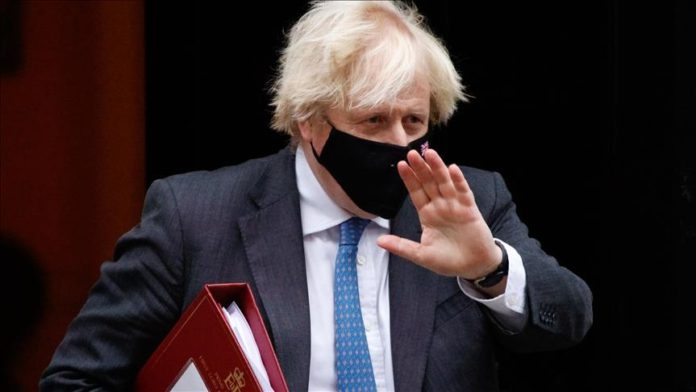 Britain on Monday reiterated that a Russian invasion of Ukraine would be a “disastrous step.”

Speaking to local media, Prime Minister Boris Johnson said an invasion is “going to be a painful, violent, and bloody business.”

“I think it’s very important that people in Russia understand that this could be a new Chechnya,” Johnson said.

Johnson responded to a question about a potential war, saying that “it is not inevitable.”

“I’ve got to tell you that I think the intelligence is pretty gloomy at this point,” Johnson said.

“There is certainly a very, very large array of Russian forces and we have to take the necessary steps.”

“I don’t think it’s by any means inevitable now, I think that sense can still prevail,” he added.

The UK officials have repeatedly warned Russia over any incursion into Ukraine.

Britain on Monday said some of its staff from the UK Embassy in Kyiv were asked to leave the country amid heightening tension in the region.

“The UK stands squarely behind the sovereignty and integrity of Ukraine,” Johnson underlined his country’s support to Ukraine.

He said the UK is “doing everything possible to support the Ukrainian people in the face of a disinformation campaign from Russia aimed at undermining its sovereign neighbor.”