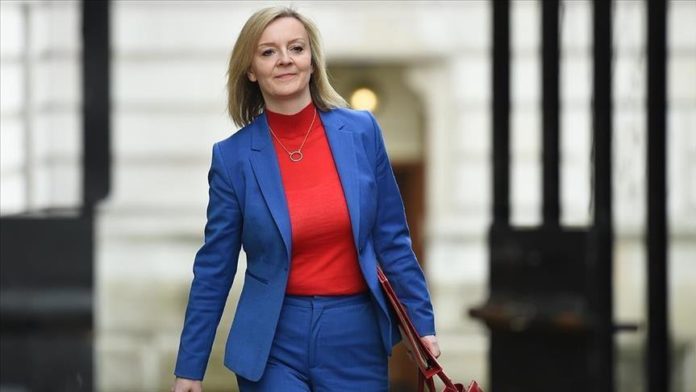 The British foreign secretary has warned that Russia’s invasion of Ukraine would lead to “a terrible quagmire and loss of life” it experienced in Soviet-Afghan war.

Speaking in Sydney, Australia, where she is for a visit, Liz Truss said Russians “haven’t learnt the lessons of history,” referring to the Soviet invasion of Afghanistan.

“We are very clear, together with our allies in the G7, with our allies in NATO, that if there is an incursion by Russia into Ukraine, it would come at a massive cost,” Truss said. “We are prepared to put very severe sanctions in place.”

Truss said President Vladimir Putin must “desist and step back from Ukraine before he makes a massive strategic mistake.”

“They dream of recreating the Soviet Union, or a kind of greater Russia, carving up territory based on ethnicity and language. They claim they want stability while they work to threaten and destabilize others.

“We need everyone to step up. Together with our allies, we will continue to stand with Ukraine and urge Russia to de-escalate. What happens in Eastern Europe matters for the world.”

Truss’s comments came a day after British Prime Minister Boris Johnson warned Russia that it would be a “disaster” if it launches any incursion into Ukraine.

Reiterating the UK support to Ukraine, Johnson said his country “stands squarely behind the sovereignty and integrity of Ukraine.”

The NATO and EU have repeatedly warned Russia over any Ukraine invasion, which is suspected to be imminent because of the Russian military buildup across the Ukrainian border.

US Secretary of State Antony Blinken and Russian Foreign Minister Sergei Lavrov are set to meet in Geneva for critical talks later on Friday.

Blinken said on Thursday that any Russian incursion into Ukraine would be met with a “swift, severe and united response” from the US and its allies.

Russia denies it is planning an attack and has instead presented security demands, including a ban on former Soviet nations from joining NATO, to ensure peace.