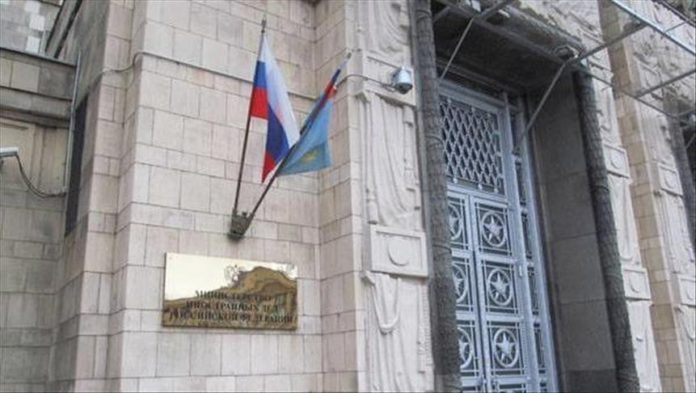 The Russian Foreign Ministry summoned the US ambassador to Moscow on Thursday less than an hour after the Biden administration announced new sanctions against the country.

Speaking at a news conference in Moscow, ministry spokeswoman Maria Zakharova said the conversation would be “difficult” for the US ambassador and that Russia would give “a decisive rebuff” to the US’ “aggressive behavior.”

“We have repeatedly warned the US about the consequences of hostile steps that dangerously increase the degree of confrontation between our countries. Such a course does not meet the interests of the peoples of the two nuclear powers that bear historical responsibility for the fate of the world,” Zakharova said.

She also noted that US President Joe Biden had expressed interest in normalizing ties between Washington and Moscow during a phone conversation with his Russian counterpart Vladimir Putin.

However, the actions of his administration suggest otherwise, she said.

“The US is not ready to put up with the objective reality of a multipolar world that excludes American hegemony and relies on sanctions pressure and interference in our internal affairs.

“Such aggressive behavior will certainly receive a decisive rebuff. The response to the sanctions will be inescapable. Washington must realize that the degradation of bilateral relations comes at a price. The responsibility for what is happening lies entirely on the US,” she said.

Earlier in the day, Washington announced new sanctions against Moscow – two days after US officials suggested the two countries’ leaders could hold a meeting.

The fresh sanctions provide for the expulsion of 10 diplomats working at the Russian Embassy in Washington, a ban on US companies from directly acquiring Russian bonds issued after June 14, 2021 by the country’s Central Bank, National Welfare Fund or the Finance Ministry.

Sixteen individuals and 16 organizations were slapped with restrictive measures over their alleged US presidential election interference.

The sanctions over additional allegations claiming that Russia encouraged Taliban attacks against the US soldiers in Afghanistan were “handled through diplomatic, military and intelligence channels,” because of the “sensitivity of this matter,” according to an online fact sheet published by the White House.