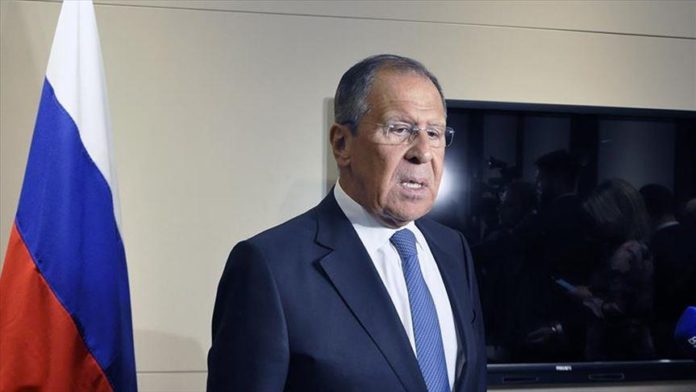 The Russian foreign minister and Afghan president on Friday discussed the recent escalation in Afghanistan and prospects of national reconciliation in the war-torn country, the Russian Foreign Ministry said in a statement.

He stressed on the necessity of launching “meaningful intra-Afghan negotiations, aiming to stop the years-long Afghan conflict and stabilize the situation in the country.”

Earlier in the day, speaking at the conference’s plenary session, Lavrov voiced concern over the possible spread of “instability” to Afghanistan’s neighboring countries – partners and allies of Russia.

Asked about the possibility of Taliban gaining power in Afghanistan at a press briefing after the conference, Lavrov said the solution to the conflict lies in forming an inclusive coalition government, represented by all groups of the Afghan society. The victory of any side will not bring sustainable peace, he added.

He called for focusing on the implementation of existing peace agreements, and forming a coalition government in Afghanistan.

India, Iran can join ‘Troika Plus’ on Afghanistan

Lavrov said Russia will continue making efforts to bring peace to Afghanistan, and that there will be a lot of meetings on this issue, including a session of “Troika Plus” (China, Russia, the US, Pakistan) on Afghan peace.

The minister said representatives of India and Iran can join as their participation “would enrich the possibilities of this format.”

Lavrov termed the US presence in Afghanistan a “failure,” saying none of the tasks were completed: the terrorism threat remains, combat capabilities of the Afghan military did not increase, and they are losing to the Taliban. Foreign troops, which started their deployment in late 2001, are leaving the country by the end of August, initially planned for Sept. 11.

He disapproved the idea of US troops’ relocation to Central Asian nations, saying none of Russia’s partners are willing to put their territory and population at risk.

The Russian diplomat said he also discussed with his Central Asian counterparts the possibility of giving shelter to the Afghans who worked with the US and NATO. “They are well aware of all the risks involved, and, hopefully, will make the right decision based on their own interests,” he said.